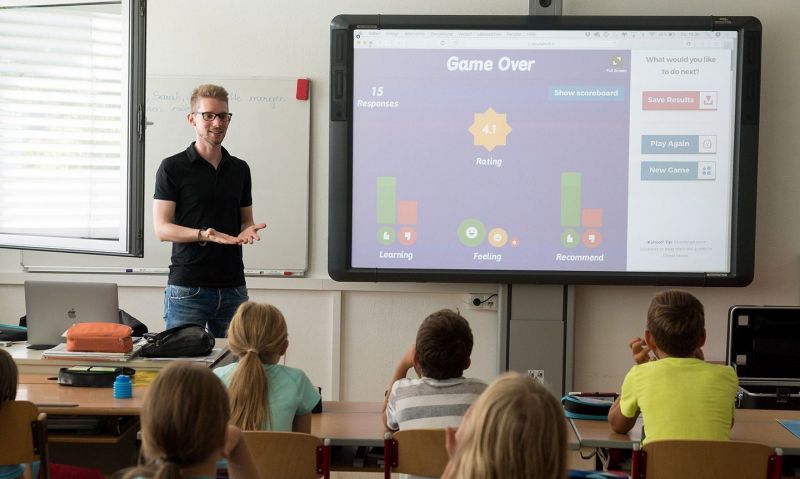 The House voted to revive the Troops to Teachers program in a compromise version of the Fiscal Year 2022 National Defense Authorization Act (NDAA) crafted by the bipartisan leadership of the House and Senate Armed Services Committees.

Under the leadership of Senate Armed Services Committee Chairman Jack Reed, D-R.I., the language to revive the Troops to Teachers program was included in the compromise version of the sweeping defense budget passed by the House on Dec. 7. Now it goes to the Senate for approval before heading to President Biden’s desk for enactment.

Troops to Teachers was previously defunded with little notice to servicemembers as part of the Defense-Wide Review when the Department of Defense (DoD) opted to realign program resources to higher priority programs more closely aligned to the National Defense Strategy. The program was allowed to sunset on Sept. 30, 2021.

When The American Legion learned of the exclusion of the program in the House of Representatives’ version of the NDAA, the organization sprang to action. In a letter addressed to the House and Senates Armed Services Committee, a coalition of veterans service organizations (VSOs) urged lawmakers to reauthorize the program.

“We believe the value of Troops to Teachers cannot be understated,” the VSOs wrote in a joint letter. “It provides employment assistance to transitioning veterans, which aids in lowering veteran unemployment; it alleviates nationwide teaching shortages, which improves education quality; and it increases access and representation among traditionally less-represented groups to teaching careers.

“Allowing the Troops for Teachers program to sunset would go against America’s critical need to support our children’s education.”

The Troops to Teachers program was initially authorized under the 1993 NDAA as an official DOD program.

Since its 1994 launch, the program has successfully supported veterans transitioning to careers in education for over 27 years. The program was designed to assist transitioning servicemembers and veterans to begin careers as educators in K-12 public, charter and Bureau of Indian Affairs schools. DOD reported the program placed over 21,000 veteran teachers in classrooms since its inception. Additionally, the program provides counseling and referral services to help participants meet education and licensing requirements, as well as helps them secure a teaching position.