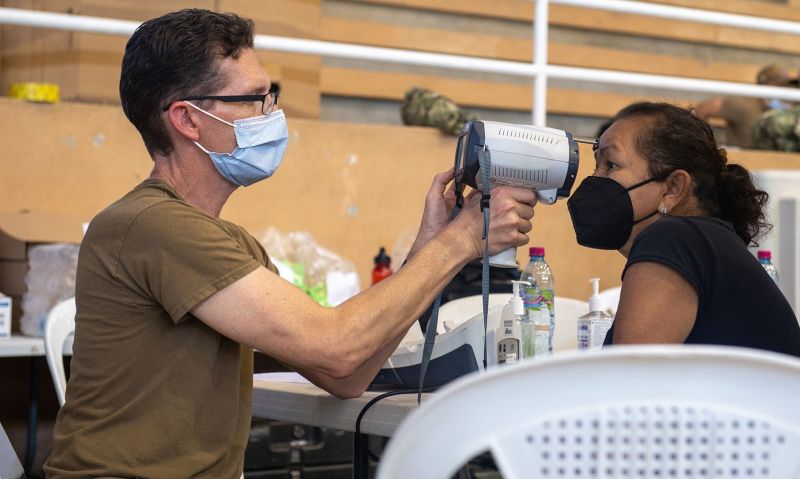 In 1990, the Department of Defense proposed a novel solution in response to the growing fear that an expanding and modernizing economy would outpace the shrinking number of skilled employees.

The proposal: retrain veterans in a program titled “Army Alumni” and gainfully employ them in severely understaffed sectors of the labor market. John L. Clendenin, former chairman of BellSouth Corp., commended the initiative in clear terms that year. “If America's workforce in general had the education and training found among the men and women of the Army, we could be far more confident about maintaining our economic and political leadership around the world.”

More than 30 years later, the labor market again finds itself in a similar predicament, especially in the aftermath of the COVID-19 pandemic. Currently, the disparity between jobs available in the economy and the workforce ready to fill them has become a critical issue for employers, policymakers and the U.S. economy in general.

Between January 2015 and November 2021, job openings have continually exceeded hiring levels. When businesses began resuming normal operations as the pandemic waned, a push to fill vacancies became a priority for many employers. The post-pandemic reconstruction of the labor market has been slow. Despite higher prioritization by employers, the number of vacancies had not fallen below 10 million by June 2022, a historic benchmark that was established a year earlier, in the thick of the pandemic.

Even though COVID-19 played an important role in this vacancy surge, the steady growth of the economy and an increasingly aging workforce are also driving factors in the gap.

Retirement of skilled employees, for instance, presents a considerable challenge. According to data compiled by the U.S. Census Bureau, employees 55 and older account for 25% of the current manufacturing workforce. Employers cite the skills gaps as a significant reason they can’t replace those who are aging out. That is why programs that promote veterans' retraining, education, and hiring – somewhat like the Army Alumni concept – prove to be a match for labor market and employer needs alike.

Employers consistently discover and rediscover the business case for hiring veterans. Veterans perform well above the new-hire standard, both in terms of hard skills associated with technical and complex fields of work, as well as soft skills necessary for long-term success, retention and performance. Leadership, teamwork, structure, discipline, effectiveness and resiliency are soft skills required and cultivated through military service.

Besides the work ethic and soft skills of their military background, technical skills can be bridged in record time. Veterans utilizing GI Bill benefits not only have a higher rate of graduation and higher academic success than their non-military counterparts, but a plethora of federal and state level programs are ready to re-skill and retrain them for specific labor market shortages, according to research by the RAND Corp. VA’s Vet Tec and Veterans Rapid Retraining Assistance Programs are just two opportunities set up to provide veterans with specific skills to bridge the workforce gap quickly and effectively.

Even traditional fields like health care prefer specialized professionals who can function effectively in a system, despite limited industry-specific training. Professionals in the renewable-energy sector say their efforts to re-skill and train have led to strong upward mobility because specific trade professions in the field are highly prized, and employers compete for their services.

Efforts by employers and agencies – like apprenticeships, internships, and state and federal training programs – prove highly effective, both in terms of graduation and employment outcomes.

The reality today, at another turning point in U.S. economy, is exactly how the former BellSouth chairman saw it in 1990, knowing that veterans stand ready and more able than others to help employers find the talent they need. Veterans are that talent – ready, willing and able to bridge the skill gaps in a growing and modernizing economy that again is moving faster than the workforce needed to operate it.