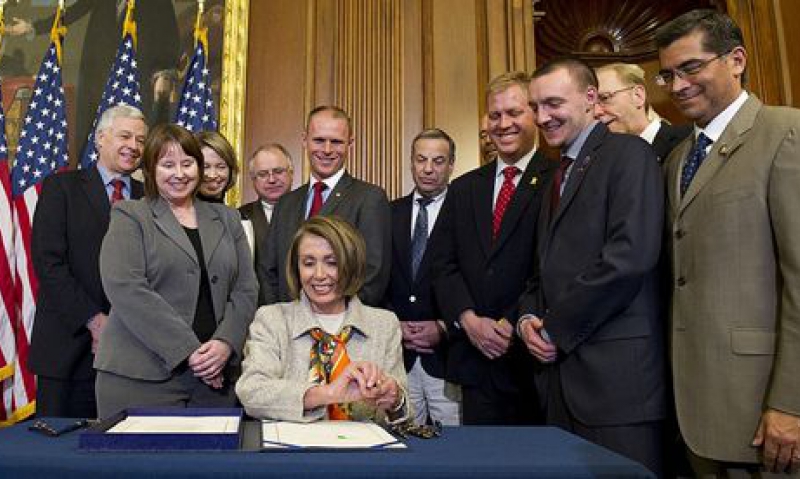 A new bill that will dramatically improve benefits awarded through the new GI Bill was widely praised at a Dec. 17 ceremony in House Speaker Nancy Pelosi's office. The legislation, supported by The American Legion, now heads to the White House for President Obama's signature.

"The passage of this act is the latest milestone in The American Legion's longtime advocacy for the GI Bill," said Jimmie Foster, the Legion's national commander. "About 400,000 more veterans will become eligible for their education benefits when the president signs this bill into law.

"While this measure doesn't give us everything we've been asking for, it certainly addresses a majority of the deficiencies the Legion has been trying to correct since the Post-9/11 GI Bill was passed in 2008."

Pelosi thanked The American Legion for its strong support for the new measure.