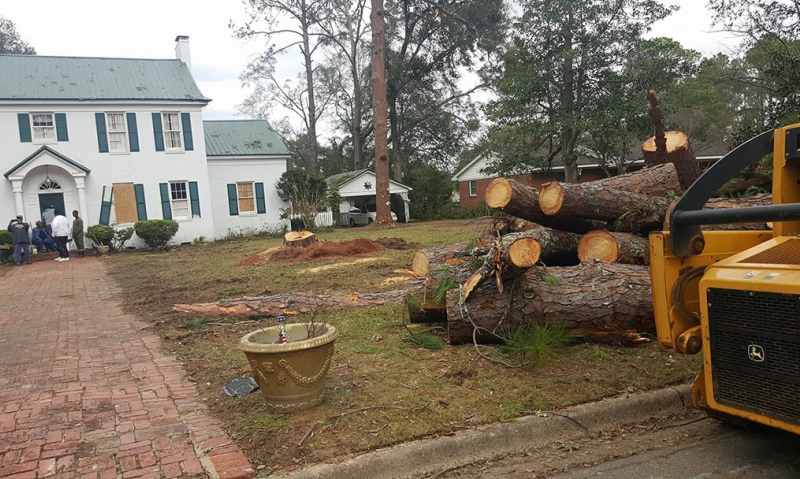 Tornadoes across the Southeast last weekend killed at least 20 people, including 15 in Georgia. Damage estimates in that state are at least $100 million.

American Legion posts in southern Georgia were in the process of helping Legionnaires receive aid in cleaning up from one storm when a second wave of deadly weather hit the area again.

“Some of them haven’t had time to regroup,” Paschal said of some Legion family members seeking help through the Legion’s fund designed to help those affected by natural disasters.

Then, this past weekend, a line of tornadoes tore through the Southeast, killing 20 people – 15 in Georgia – and injuring dozens more. One of the tornadoes left a mile-wide swath of destruction in Albany.

Paschal said he expects it will be a week to 10 days before those affected by the latest storm are able to come forward to request NEF assistance.

Department of Georgia Adjutant Charlie Knox said the department is still assessing damage in two districts, the 2nd and the 12th.

“We’re working with the senior vice commander, also the district commander to come up with the Legionnaires involved,” Knox said.

He added that access to the ravaged town of Adel, Ga., where seven people were killed and others were still missing, hasn’t been allowed.

Knox said none of the known fatalities in the state so far appeared to be Legion family members, adding, "We're sorry for the loss."

Initial estimates by Georgia’s insurance commissioner show the weekend storms did at least $100 million worth of damage across the state, including $40 million in Albany and Dougherty County. Georgia Gov. Nathan Deal has declared a state of emergency in 16 counties: Atkinson, Baker, Berrien, Brooks, Calhoun, Clay, Colquitt, Cook, Crisp, Dougherty, Lowndes, Mitchell, Thomas, Turner, Wilcox and Worth.

NEF provides up to $3,000 for qualified Legion family members and up to $10,000 for posts. For more information, visit www.legion.org/emergency.