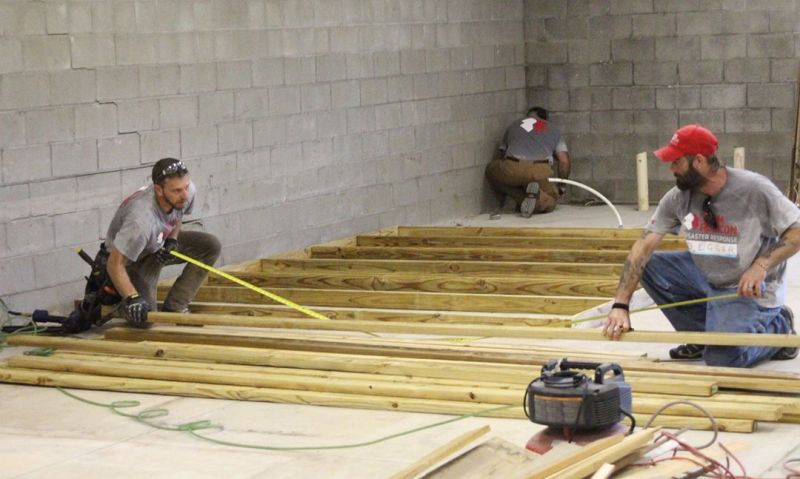 When James Gray became commander of American Legion Post 64 in Pollocksville, N.C., in May, he set a goal of June 2020 to reopen the post, which was devastated by floodwaters from Hurricane Florence in September 2018.

Gray is still optimistic that goal can be achieved, although there’s still plenty to do.

“The last few months, we did framing in the building, electric lines ran … but we don’t have electricity. We’ve been using generators because we can’t get inspected yet,” Gray said.

Plumbing needs to be roughed in before the building can be inspected; after that, insulation and drywall can be installed.

Gray hopes to use some of a $10,000 National Emergency Fund (NEF) grant to help cover the plumbing cost. “Then I’ll move to getting insulation, then we would purchase drywall. That’s why I want to save as much as possible on plumbing,” Gray said.

The flooding from Hurricane Florence did about $80,000 damage to Post 64 and forced many residents of Pollocksville and Jones County out of their homes.

That’s why it’s important for the post to reopen, Gray said.

The renovation process has been helped through volunteer efforts from post members, Team Rubicon and Team Red White and Blue.

“The big thing right now is finding a licensed plumber to donate hours to the cause,” Gray said.