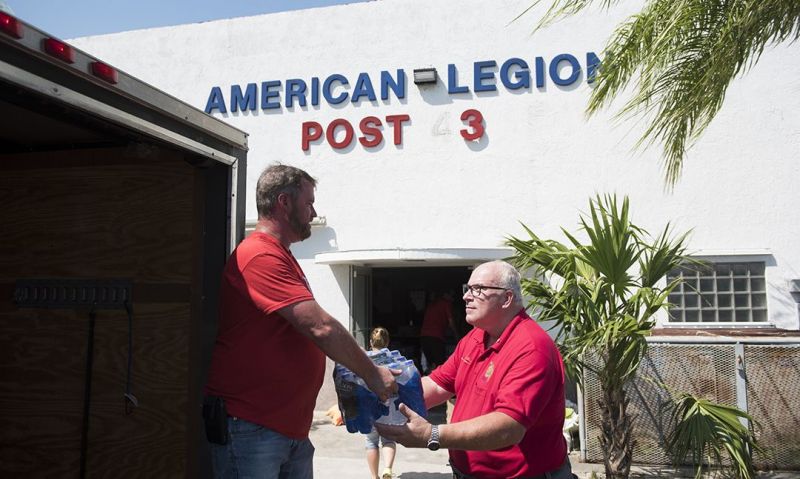 Saturday will mark the 15th anniversary of Hurricane Katrina’s destructive landfall in Louisiana and Mississippi. And while the Gulf Coast will be spared from a devastating “one-two punch” of back-to-back hurricanes after Tropical Storm Marco weakened, the area remains under threat from Tropical Storm Laura.

Laura could strengthen into a Category 4 hurricane before making landfall this week.

As with other natural disasters, the American Legion Family is ready to help.

“Fifteen years ago, Hurricane Katrina ravished our Gulf Coast. American Legion Family members everywhere responded with financial support. Posts in the area quickly transitioned into relief centers and shelters. Truckloads of water, clothes and other supplies came from all corners of The American Legion and made their way to the impacted areas,” American Legion National Commander James W. “Bill” Oxford said. “It appears as if we will have another busy hurricane season. Regardless of what type of natural disasters lie ahead, I am confident that The American Legion will once again rise to the occasion and serve those in need.”

The hurricane threat in the southeast looms as firefighters continue to battle wildfires in California. Seven people have died from those fires, which include the second- and third-largest wildfires in state history in terms of acreage burned.

American Legion posts that are helping their communities affected by these or other natural disasters are encouraged to share their stories. Email wproffet@legion.org with details. We’ll follow up with you and feature those efforts on legion.org and on social media.