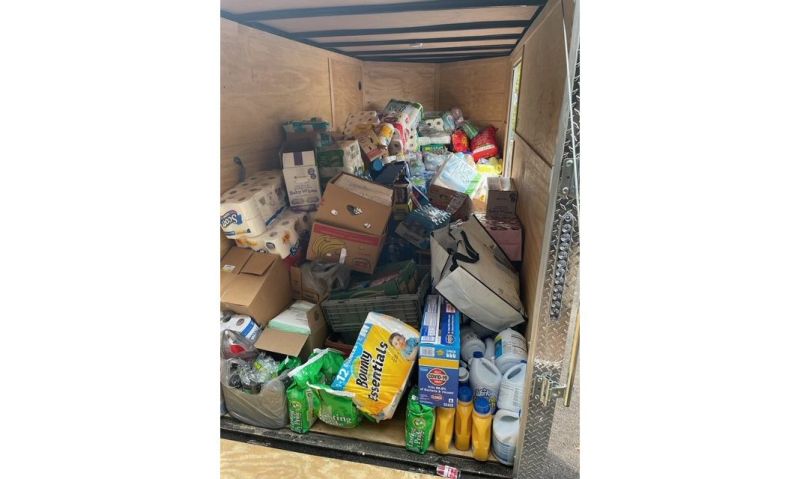 Hurricane Ida’s impact has been felt across the eastern U.S., with heavy flooding, devastating storm damage and deaths in Louisiana, Mississippi, New Jersey, New York and other areas.

Department of Louisiana Commander Richard Bell said 87 of the department’s 200 posts, and almost 7,000 of the department’s 14,968 members, were directly in Ida’s path. The hurricane made landfall near Port Fourchon, La., on Aug. 29, the 16th anniversary of Hurricane Katrina.

Bell said electrical power and water services in areas impacted by Ida may not be restored for up to four weeks.

“Most areas still have flood waters and debris, making conditions very hazardous,” Bell wrote to American Legion leadership. “We are currently setting up supply centers to be manned and supplied ASAP. Any donated supplies will be allocated to the designated supply points as needed.”

American Legion Family are already stepping up to help those impacted by Hurricane Ida. Here are a few of those efforts:

American Legion Post 392 in Panama City, Fla., is collecting donated supplies. First vice commander Stephen Mihal told WMBB-TV they were looking for “tarps, work gloves one of the requests we got out of southeastern Louisiana is clothesline, clothespins, bug spray, water, paper plates, plastic forks, and silverware… they’re in pretty bad shape out there.”

Additionally, 20 American Legion posts spanning from Tallahassee to Pensacola, Fla., are collecting donations. You can drop off a donation or supplies at any American Legion location in the area. They are collecting non-perishable items, toiletries and any other items people may need while they recover. Donations will be accepted until Saturday, Sept. 11.

American Legion Post 99 in Foley, Ala., is also collecting donations. A post on Facebook indicated donations are being collected through Sept. 15, with trucks and trailers being loaded the next day before being driven to Louisiana on Sept. 17.

American Legion Post 31 in Lancaster, S.C., is collecting relief items to help those in Houma, La., who were affected by Hurricane Ida. Donations collected include non-perishable food items, assorted paper products and cleaning supplies. Donations are being collected through Friday, Sept. 10. Those wishing to donate can drop off the needed items from 9-11:30 a.m. this week at American Legion Post 31, 823 Kershaw Camden Highway, Lancaster, SC 29720.