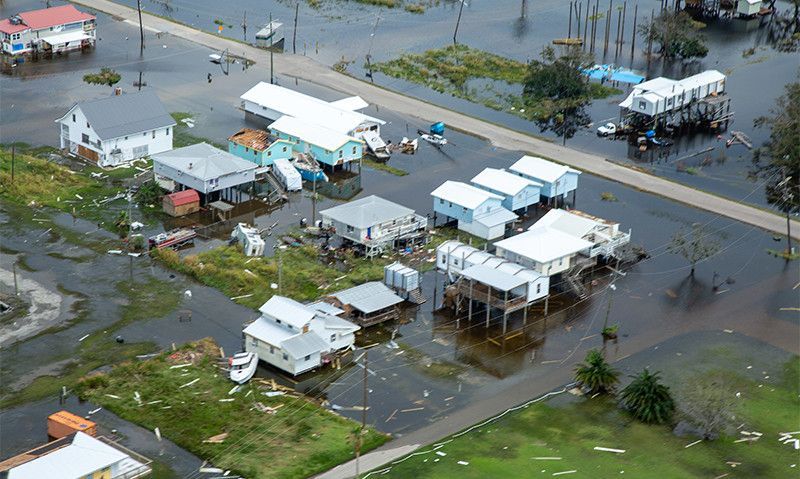 An aerial view of damage left by Hurricane Ida in southeastern Louisiana Sept. 1, 2021. The U.S. Army Corps of Engineers conducts aerial assessments to gain a better understanding of the size and scope of the damage, and to help determine capabilities and support USACE can provide in the ongoing response effort. (U.S. Army photo by Maj. Grace Geiger)

The 2022 Atlantic hurricane season officially begins June 1. But forecasters at Accuweather already expect the season to be above-normal in terms of storm activity, continuing a streak of such seasons.

Accuweather’s tropical weather forecasters are predicting 16-20 named storms this season, with six to eight hurricanes — three to five of which are forecast to be Category 3 or stronger.

In 2020, there were a record 30 named storms during the Atlantic hurricane season; 2021 was the third most active year on record with 21 storms.

Fortunately for many of those affected by those storms, The American Legion’s National Emergency Fund (NEF) was available for assistance.

The program began in 1969 as a one-time effort in the wake of Hurricane Camille, which devastated the Gulf Coast – primarily Mississippi, and parts of Louisiana and Alabama. NEF was resurrected in 1989 when Hurricane Hugo pummeled the Carolinas and Puerto Rico, and since then has provided more than $8 million in direct financial assistance to American Legion and Sons members, and American Legion posts.