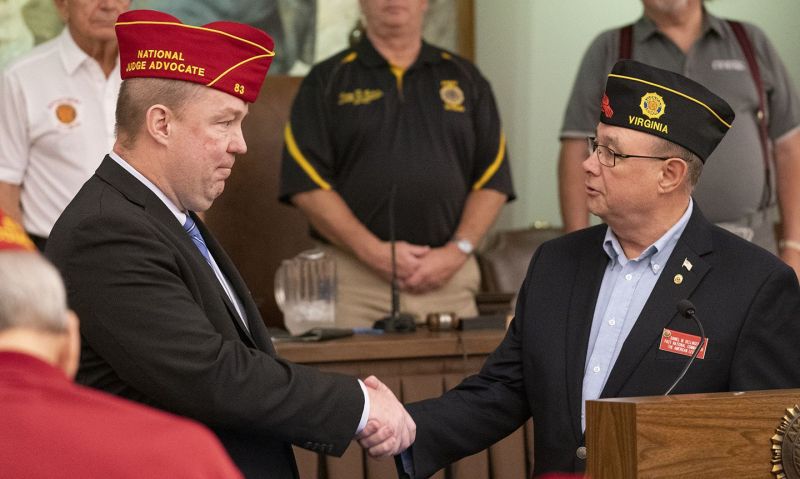 Seavey, a member of Mathews American Legion Post 83 in Virginia, began his career with the national organization 27 years ago. In The American Legion’s Washington, D.C., office he served as an appeals representative where he represented veterans with claims pending before the Board of Veterans Appeals, and as an assistant director and grassroots coordinator in the Legislative Division. Upon his return home from a deployment in Afghanistan, Seavey moved to the National Headquarters office in Indianapolis where he served as a war reporter and military blogger in the Media & Communications Division.

In 2004, he deployed to Afghanistan for one year where he performed a variety of tasks. He served as squad leader on combat patrols, monitored presidential elections, and provided security for Afghans. Seavey is a recipient of the Combat Infantryman’s Badge, two Armed Forces Expeditionary medals, the NATO medal, two Army Achievement Medals, and other medals from his military service.

Seavey is a graduate of The Citadel, the military college of South Carolina, and a graduate of George Mason University of Law where he received a Juris doctorate degree. He has been a member of the Indiana State Bar Association for 12 years, and lives with his wife and three young children in Brownsburg, Ind.