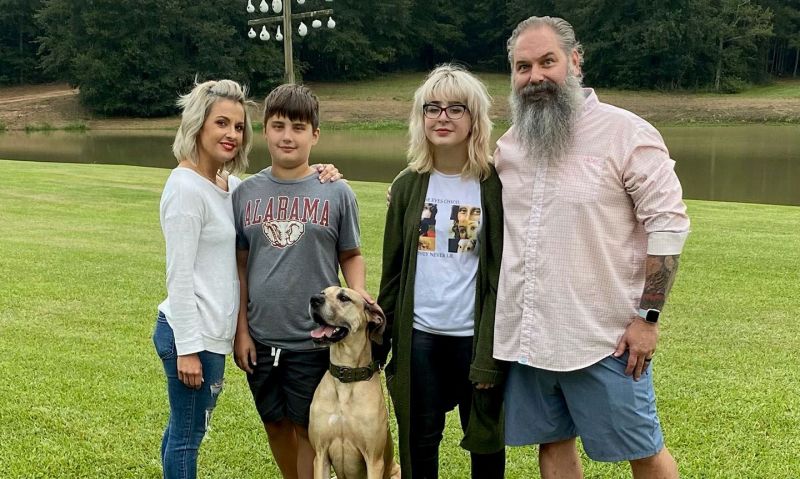 COVID-19 has caused job losses and financial stress on families as Walter Culberson knows all too well. After losing his job last April because of the pandemic and spending months job searching with hearing “denial after denial,” the family’s savings account was becoming depleted, creating a risk of utilities being shut off.

It was a phone call made to Culberson that helped the Legionnaire keep a stable environment for his wife and two kids, age 14 and 12.

“We make ourselves known with transfer members that we would like to meet you,” Smith said. “Staying in communication with your members, that’s what’s important. Because The American Legion is grassroots so it’s all about making that connection. We try to make that connection as soon as we can.”

So as a department transfer, Culberson was on the list to call.

When Smith connected with Culberson, the two began to speak of his family’s need for financial assistance and how The American Legion could be of help. American Legion Post 257 provided grocery and gas gift cards, and rent assistance, to provide some immediate relief.

“I tried to reach out to every veteran community for help and it was Post 257 that has gone above and beyond for my family,” Culberson said.

Smith then began the investigation process to help Culberson apply for an American Legion Temporary Financial Assistance (TFA) grant. Through TFA, The American Legion distributes one-time grants of up to $1,500 to eligible active-duty military and American Legion members in need. Grantees must have minor children in the home and the funds are designed to help meet the cost of shelter, food, utilities and health expenses so that children have a stable environment during a time of hardship.

Culberson was immediately approved for a TFA grant that paid for two months of utilities, plus helped with food and gas to make the commute for his new job with Aflac.

“The American Legion’s Temporary Financial Assistance grant establishes hope in someone who has contacted and spoken to everyone for any kind of help,” Culberson said. “We are extremely thankful and blessed and have truly felt the Lord through (The American Legion) during this time. We couldn’t have been blessed more by getting into The American Legion and look forward to our future within the organization.”

Smith shared that “as his commander, I told Walter it’s important that I get to know (the post members) as we try to look after our members. But when the needs are greater than what we can do at the post, that’s why we reached out to national – to see if he would qualify for a Temporary Financial Assistance grant and he did. Which was tremendous.”

TFA grants are made possible by donations to The American Legion Veterans and Children Foundation. The foundation supports veterans and military families in need, as well as American Legion service officers who provide free VA benefits and health care assistance to veterans. Subject to an audit, in 2020 The American Legion's TFA program provided $54,913 in cash grants that assisted 95 children of 43 veteran families.

TFA changes the lives of so many veterans and their families in their time of need. Help continue that positive change for many more families like the Culberson’s through donations to the Veterans and Children Foundation at legion.org/donate/endowment_fund.