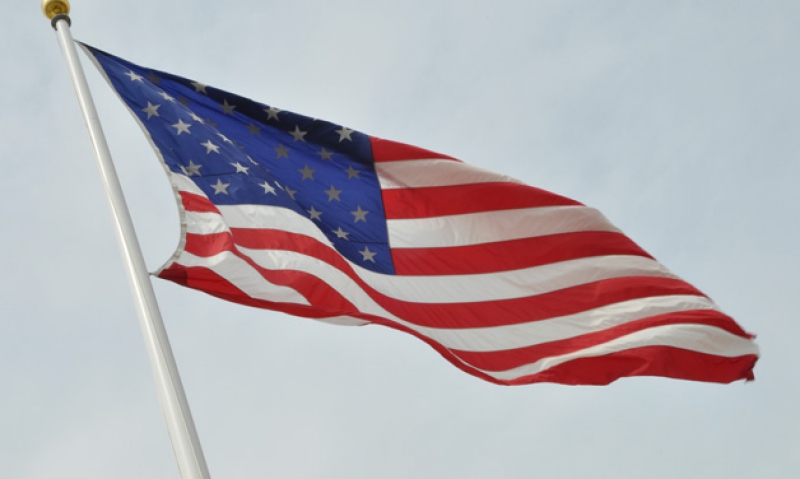 For the ninth time in his career, Sen. Orrin Hatch, R-Utah, proposed a flag-protection amendment in the Senate on June 13. Hatch introduced Senate Joint Resolution 17, proposing an amendment to the U.S. Constitution that would give Congress the authority to protect the U.S. flag from physical desecration.

The American Legion has staunchly supported such an amendment since 1989. On June 22 of that year, the U.S. Supreme Court decided in Texas v. Johnson that the state’s flag-protection law violated the First Amendment; a year later, it declared the same was true for federal law.

"This amendment is often misunderstood," said James E. Koutz, national commander of The American Legion. "It does not protect the U.S. flag. It merely returns to Congress the power to pass legislation that would protect the flag, a power that was taken away from them by the Supreme Court in 1989. It is time to correct this mistake – now."

Hatch echoed Koutz’s clarification in his own remarks, saying that even if the amendment was ratified, it "would not prohibit flag desecration. It would merely give Congress authority to do so."

If passed by Congress, the amendment would have to be ratified by three-fourths of the country’s state governments before it became the Constitution’s 28th amendment.

The House version of the flag-amendment proposal, H.J. Res. 47, was introduced May 22 by Rep. Spencer Bachus, R-Ala., and Rep. Daniel Lipinski, D-Ill.

"On this Flag Day, tens of millions of Americans will be inspired by the sight and beauty of the U.S. flag," Bachus said. "It is an appropriate time for Congress to begin to take steps to honor and protect the most recognized symbol of freedom and democracy in the world."

Lipinski said that while the protection of the U.S. flag is "a responsibility for all Americans," he cherished First Amendment rights but firmly believed that "purposeful flag desecration is an offensive act that cannot and should not be tolerated." As a congressman representing a district with more than 30,000 veterans, Lipinski said he has "worked alongside too many veterans – and attended far too many memorial ceremonies for soldiers killed in action – to ever think otherwise."

Rep. Nick Rahall, D-W.V., a co-sponsor of the resolution, said America’s patriots have fought and died to defend the U.S. flag for more than two centuries, "and this amendment makes clear that the American people, through their elected lawmakers, have the constitutional authority to protect their flag from desecration."

Hatch noted that while voting Americans have the ultimate authority to change the Constitution’s rules for government, "Congress should not deprive the American people of the opportunity to express their will on this important issue. The American people want that opportunity. All 50 state legislatures have indicated their support for a constitutional amendment to allow the protection of the flag. At a time when many issues divide us, the flag to which we pledge allegiance ought to be one thing that unites us."

The proposed amendment is a single sentence: "The Congress shall have power to prohibit the physical desecration of the flag of the United States." Hatch’s resolution has 21 original co-sponsors, including Sens. Susan Collins of Maine, Lindsey Graham of South Carolina, John McCain of Arizona, Lisa Murkowski of Alaska and Marco Rubio of Florida.