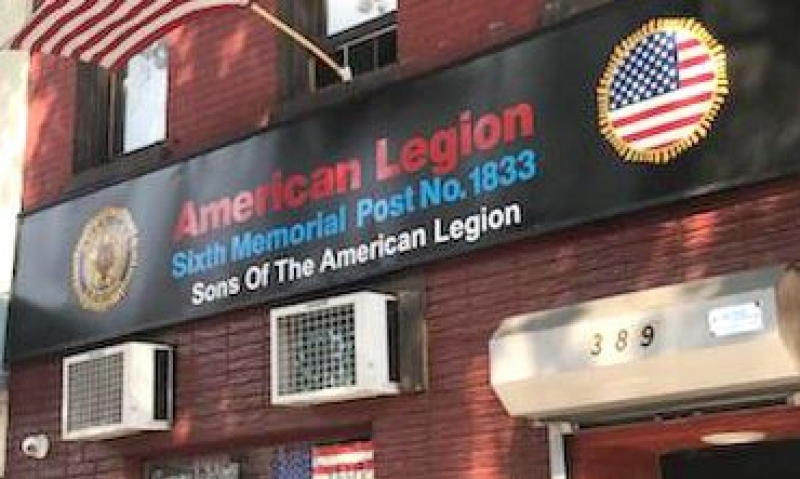 A prominent artist specializing in the U.S. flag has reached out to a New York American Legion post with an offer to paint an American flag on the outside of its building.

Scott LoBaido, a Staten Island-based artist who has painted Old Glory on the outside of dozens of Legion posts across the country, has extended an offer to Sixth Memorial Post 1833 in Brooklyn to paint a mural on the outside of the post’s brick building.

The offer came after the post was involved in a dispute over an American flag painted on a bench outside of the post facility built by a Legion Family member from the post. The post originally was ordered to remove the bench after a complaint made to the New York City Department of Transportation, but the order quickly was rescinded.

“The flag, to me, is the greatest work of art created,” LoBaido said. “My job is to reproduce it, celebrate it and promote through the gift that I have, which is art. When this story broke, this was kind of my Bat Signal … especially when you’re talking about a building that houses the real celebrities in this country that we forget about: the men and women … who have fought so I can be a crazy artist who can paint whatever I want. So I reached out.”

LoBaido has spent the past 25 years painting the image of the flag on schools, homes, fire and police stations, cars and as pictures. For six months in 2015 he traveled across the country painting flag murals on the outside of Legion and Veterans of Foreign Wars posts in order to thank veterans.

“My grandmother had the flag in her front yard where we played every day,” LoBaido said. “Grandpa was a World War II (veteran). Our uncles were in Vietnam. It was embedded in us. I have this unbelievable freedom, and who do I owe this to? I owe it to that flag, and I owe this to the men and women who sacrificed under it for me.

“I get emails and texts and messages and letters every day. Just getting a letter from a Vietnam veteran thanking me, that’s like a $1 million check to me. This is my passion. I’m living the life, and it’s all because of that flag and the men and women under it.”

The post’s Sons of The American Legion squadron commander, who asked to be identified only by his first name Joe, said he was stunned by LoBaido’s offer. “For him to offer us to come and paint our building, I’m blown away,” he said. “I think he’s an amazing person. I’m honored by what Scott has done.”