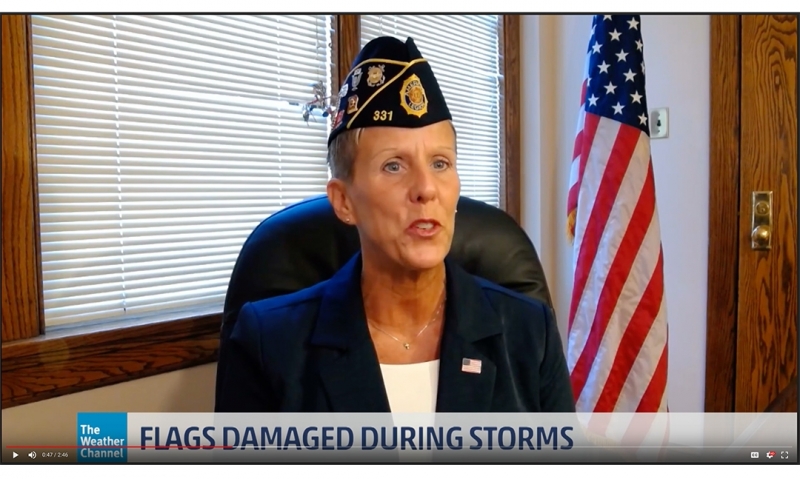 Images of U.S. flags being ripped from high winds caused by Hurricane Florence on the East Coast spread throughout social media and online. Jill Druskis, The American Legion's director of Americanism and Children & Youth, spoke with The Weather Channel on Sept. 18 about U.S. flag etiquette during extreme inclement weather, such as a hurricane or powerful storm.

Druskis, a veteran of the U.S. Coast Guard and Navy, said that when a U.S. flag is identified as unserviceable (tattered, ripped, torn or faded), it should be replaced as soon as possible. However, "we do certainly understand that during extreme inclement weather such as a hurricane, personal safety definitely needs to come first. As soon as it is safe to do so, we request that it would be replaced with a serviceable flag."

The question of do you take the U.S. flag down or leave it up during a hurricane because it can sometimes give people hope or pride when "going through a really hard time" was also addressed.

"The U.S. Flag Code does say that during inclement weather that the U.S. flag should be removed from display unless it's an all-weather type material of a flag. However, it's been our experience that in the most extreme of inclement weather, even an all-weather flag will have difficulty being durable enough to withstand high winds," Druskis said.

She also shared that unserviceable U.S. flags can be taken to a local American Legion post "for proper and dignified disposal befitting our nation’s honored symbol of pride and liberty."