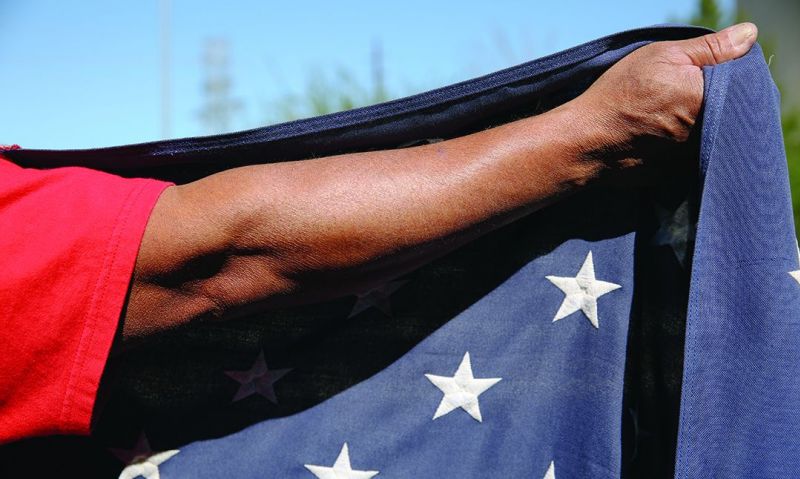 Flag Day is June 14. American Legion posts around the country will host community celebrations or post ceremonies, and Pause for the Pledge at 7 p.m. EDT.

The Legion’s flag web page, www.legion.org/flag, features resources such as flag FAQs, myths, flag-folding procedures and videos, and more. The following are a few common questions about the American flag. For more, visit the page.

Q: When was the U.S. flag created?

A: On June 14, 1777, the Continental Congress passed an act establishing an official flag. Today, the flag has 13 horizontal stripes that represent the colonies and 50 stars that represent the states. The color red “symbolizes hardiness and valor, white symbolizes purity and innocence, and blue represents vigilance, perseverance and justice,” according to PBS.org.

Q: When was Flag Day established?

A: In 1916, President Woodrow Wilson issued a proclamation that officially established June 14 as Flag Day to commemorate the adoption of the U.S. flag on June 14, 1777.

Q: What is The American Legion’s role with the Flag Code?

A: The U.S. Flag Code establishes the rules for display and care of the American flag. On Flag Day in June 1923, The American Legion and representatives of 68 other patriotic, fraternal, civic and military organizations met in Washington, D.C., for the purpose of drafting a code of flag etiquette. The 77th Congress adopted the code as public law on June 22, 1942. Today, the Legion is at the forefront of efforts to pass a constitutional amendment to protect the U.S. flag from physical desecration.

Q: Are you required to destroy the flag if it touches the ground?

A: The Flag Code states that the flag should not touch anything beneath it, including the ground. This is stated to indicate that care should be exercised in the handling of the flag, to protect it from becoming soiled or damaged. You are not required to destroy the flag when this happens. As long as the flag remains suitable for display, you may continue to display the flag as a symbol of our great country.

Q: Can the flag be washed or dry-cleaned?

A: There are no provisions of the Flag Code that prohibit the washing or dry-cleaning of the flag. The decision would depend upon the type of material of the flag.

Q: Can a flag that has been used to cover a casket be used for any other proper display purpose?

A: A flag that has been used to cover a casket can be used for any proper display purpose, to include displaying it from a staff or flagpole.

Q: What should the position of the flag be when displayed from a staff in a post, public auditorium or other public meeting place, whether indoors or outdoors?

Q: When the flag is not flown from a staff, how should it be displayed?

Q: Who can authorize the flag to be flown at half-staff?

A: Only the president of the United States or the governor of the state may order the flag to be half-staffed, in accordance with Flag Code section 7(m).

Q: What happens to the state or POW flag when the U.S. flag is half-staffed?

A: The state flag, POW flag or any other flag or pennant in a display is lowered or removed when the flag is at half-staff. As indicated in the Flag Code, no flag or pennant should be placed above the flag of the United States.