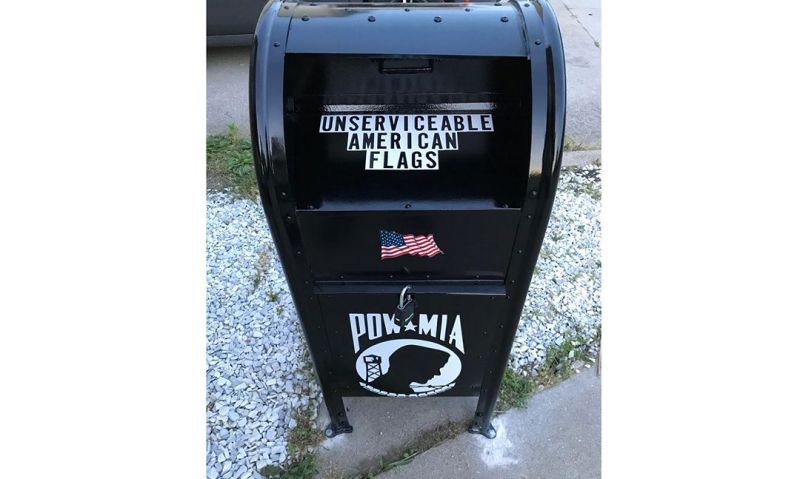 Flag purchases from Emblem Sales include those made by the post, as well as by the post’s members, friends, neighbors, local schools and businesses that choose to sponsor the post by buying their flags from The American Legion. If a sponsor purchases an American flag from Emblem Sales, they will need to request that their purchase benefit their local post and provide the post number.

Credit earned from participating in the Flag Rewards program is good toward the purchase of any item from the Emblem Sales catalog or website. Posts can spend the money on medals, Boys State shirts, Oratorical Contest awards, Legion Baseball supplies, color guard uniforms, flags and much more..

Of the participating post in the Flag Rewards program, 57 earned between $100-$600 credit in 2020 to spend at Emblem Sales in 2021. American Legion Post 64 in Salisbury, Md., was the only post to earn the highest amout in credit of $600. Post Adjutant Jim Ford said flag sales come from the local Rotary Club, replacement of flags at the post, and flags placed on veterans graves for Memorial Day every year.

American Legion Huron Valley Post 231 in New Boston, Mich., is enrolled in the Flag Rewards program. They recently placed a painted black and white mailbox outside the post for the community to place their unserviceable American flags in for proper disposal. Prior to having the mailbox that features decals of the U.S. flag and POW/MIA flag, members of the community would place their worn flag in a plastic bag and tie it to the Post 231's front door handle, said Post Adjutant Bob Landlois. The flags will be properly disposed of during a ceremony by post members and Scouts.

To get started in the Flag Rewards program, post adjutants must register their post online. Once registered, organize a Flag Rewards committee that has a flag officer and includes Legion Family members. The committee should identify how to obtain flag customers. Flyers are available to help promote the program within your community. A fillable appreciation certificate also is available for posts to recognize their sponsors.

The committee should also identify how the Emblem Sales credit will be used.

Overall, the Flag Rewards program is designed to increase visibility of The American Legion in communities and to make the Legion the primary source for communities to purchase their American flags. Posts are encouraged to promote that an American-made U.S. flag purchased from The American Legion will give direct financial benefit to the post and serve veterans at the local level.