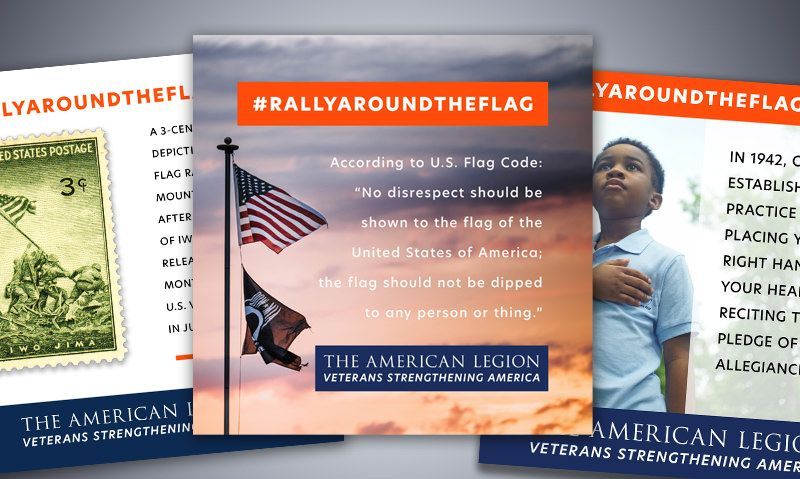 The following are three examples:

- The first documented singing of the “Star Spangled Banner” at a baseball game occurred in Brooklyn, N.Y., on May 15, 1862, according to MLB.com.

- A 1967 Flag study manual explained that the red in the U.S. flag stands for courage, valor and strength; the blue represents truth, loyalty and fidelity; and white conveys purity, light and peace.

- In 1942, Congress established the practice of placing your right hand over your heart when reciting the Pledge of Allegiance.

The American Legion wants to hear your flag moment. Share your flag story with a photo at www.legiontown.org under the heading “Rally Around the Flag.” Or share on your social media channels and use the hashtag #rallyaroundtheflag.