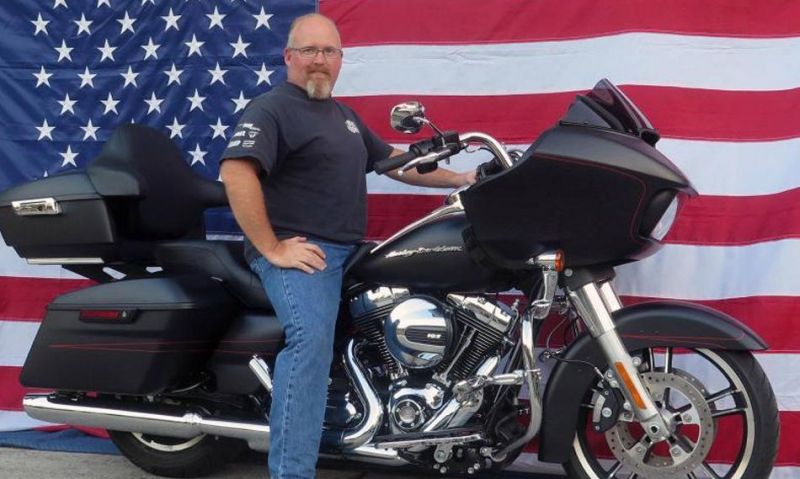 Legionnaire Tony Mazelin saw a social media post from a local man who wanted to buy an American flag but “was told it wasn't in season at a local store,” said Mazelin of Hillsboro, Ore. “He spoke about how upsetting this was and ranted on about how there should never be a season for our colors. When my wife read that to me I was shocked and upset. As it happened, I had just received my copy of the (American) Legion magazine and on the cover was flags. I jumped at it and ordered one (from American Legion Emblem Sales) for this man I had never met.”

Mazelin notified the man that he had a flag on order for him. When the flag arrived Mazelin delivered it to the man and his wife, both Iraq war veterans who were new to the area. They were amazed “as to why I would do such a thing. I told (them) that it is important that everyone who wants an American flag have one.

“I felt proud, not only to give the symbol of our freedom for their new home but to learn that they were veterans made it that much more, helping a sister and a brother.”

Mazelin shared his flag story on Legiontown.org for The American Legion’s Rally Around the Flag initiative. The American Legion would like to hear from you about your flag moment. Share your story with a photo at Legiontown.org under the heading “Rally Around the Flag.” Or share on your social media channels and use the hashtag #rallyaroundtheflag.

For Legionnaire Roger Nick of Woodland Park, N.J., “Our American flag means the world to me. My family fought for her from the American Revolution to Vietnam and will keep fighting. That’s the symbol of the greatest country in the world, God bless our flag and country.”