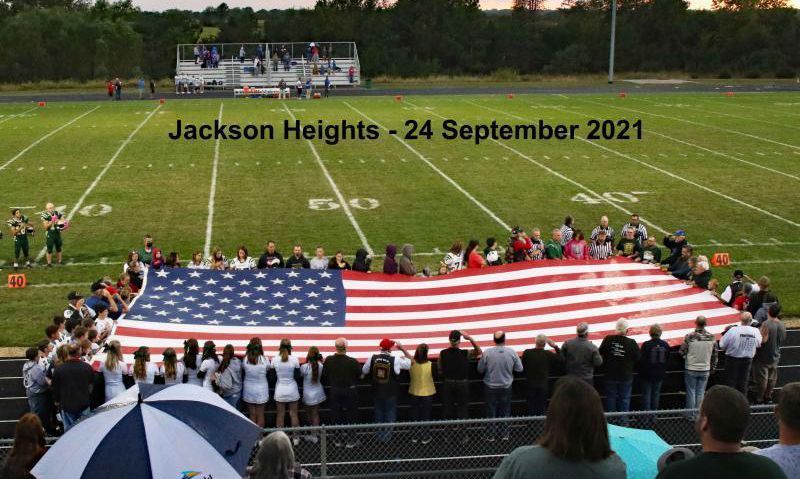 On Sept. 10, members of Mary L. Blair American Legion Post 44 in Holton, Kan., and Veterans of Foreign Wars Post 1367 carried a large American flag onto the football field at Holton High School prior to game start. As the flag was unfurled, several veterans in the stands came to help, wrote Post 44 Adjutant Gregg Moser on Legiontown.org.

On Sept. 24, at nearby Jackson Heights High School, members of American Legion Post 44 and VWF Post 1367 were once again set to carry the large American flag onto the field prior to the football game. However, with not enough veterans to hold the flag, it was asked of game attendees to step forward and help carry it.

“WOW,” wrote Moser. “First the cheerleaders grabbed hold of the flag, then the football players of both teams, then the game referees walked toward the flag, folks from the stands also walked on the field to help support the flag. As you can see (from the picture), there were more folks holding up the large flag than positions available.

“Patriotic Americans rally around the flag.”

Moser said that when the high school band started to play the national anthem, it began pouring rain. But “everyone held firm” to the flag.