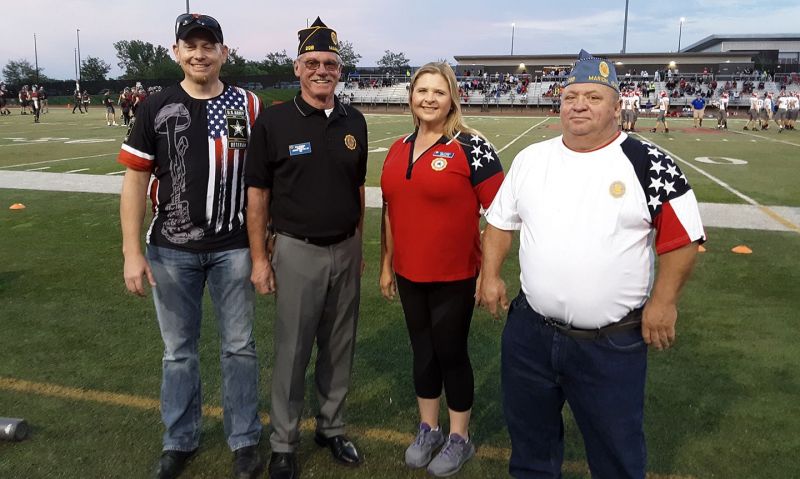 Earlier this year, legislation passed in the state of Iowa that requires every K-12 school classroom to display the American flag and recite the Pledge of Allegiance daily. The law allows flags to be displayed virtually such as via a computer screen or projector. The Linn-Mar and Marion Independent school districts started the school year off this way to save on the costs of purchasing flags for hundreds of classrooms. But the school superintendents soon wanted Old Glory physically displayed in every classroom and therefore reached out to American Legion Post 298 in Marion for help.

“I thought this is what we, the Legion, is all about. Two of our (four) pillars, Americanism and Children and youth, are covered,” said American Legion Post 298 Commander Dean Abramczak. “I said, it just makes sense that we go out and see what we can do to help them.

"Our flag initiative was truly a Post 298 Legion Family effort."

Between the two school districts, Post 298 will donate 400 American flags.

“Our school districts have been so appreciative,” Abramczak said. Both Linn-Mar and Marion honored post members last month at a home high school football game. “The appreciation was really there.”

Marion Superintendent Janelle Brouwer told the Iowa City Press-Citizen that had Post 298 not donated the needed flags, the flags would have been purchased through district funds. "This would have been an unanticipated expense, which can ultimately shift funds from other needs, so we are incredibly appreciative of the generosity and support from the Legion," she said.

Abramczak estimates the cost of the 400 flags will be just under $4,000. But he said the post is in good shape financially thanks to its forefathers, and because Post 298 is the largest post in Iowa with just under 1,200 members.

“We are just fortunate both financially and member wise, so it made sense to go and do this (donate U.S. flags to the Linn-Mar and Marion Independent school districts). They were so appreciative. It was a great honor to do this for them.”