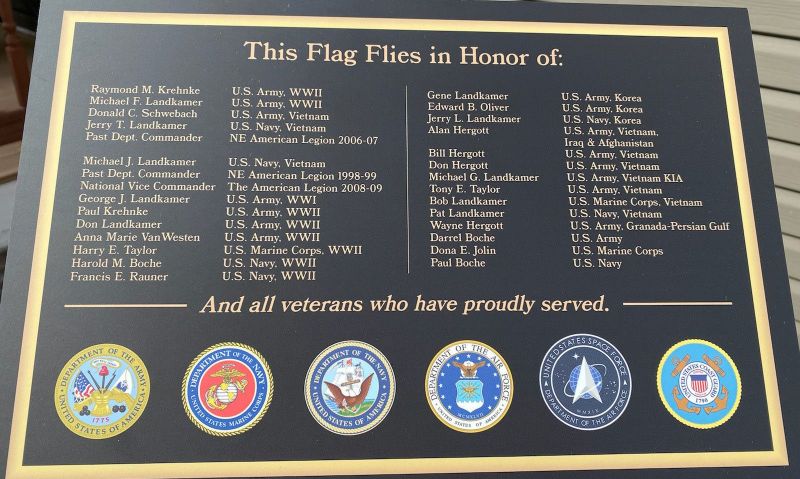 Thomas Landkamer and his wife, Emilea, recently installed a 70-foot flag pole in the front yard of their home in Norfolk, Neb. A 20-by-30-foot U.S. flag flies from the flagpole. “We wanted to do something to honor our military family history and instill pride in the flag and our veterans,” said Thomas, a Sons of The American Legion Squadron 16 member and East Area vice commander in the Detachment of Nebraska. “Many people, including veterans, have commented on how much they appreciate that flag.”

A plaque is mounted at the base of the flagpole that lists the names of both Thomas and Emilea’s family who have served in the military. This includes Jerry Landkamer, father of Thomas, who served as past Department of Nebraska commander and National Executive Committeeman. “While not a veteran myself, I'm a proud possessor of a priceless heritage,” Thomas said.

Save
Tags: Flag Advocacy, Sons of the Legion