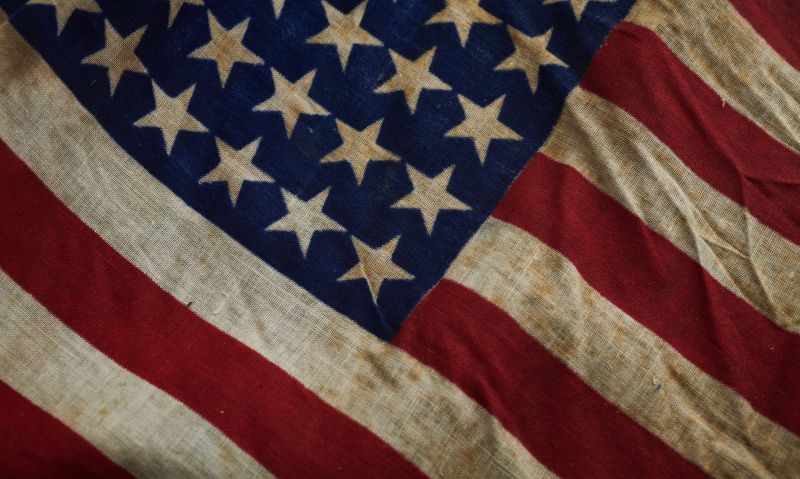 In 2019, the Frank B. Bartlett American Legion Post 7 in Buckhannon, W.Va., successfully worked toward getting Americanism and patriotism taught in schools across the state. Changes were made to the social studies class in public school’s grades K-12 to incorporate patriotism education. Even with patriotism taught in schools, Post 7 members continue to visit youth in and outside of the classroom to teach flag etiquette.

“If we get an opportunity to do something (teach flag etiquette) like that, we should do it seeing how our post was the one instrumental in getting Americanism back in the schools. We need to do everything we can to teach the kids,” Post 7 Adjutant Ed Smith said.

The kids learned what the colors of the American flag mean, why there are 50 stars and 13 stripes, and the history of the flag and the national anthem. They too learned about burial procedures for military veterans and were shown how the casket flag is folded, presented to the next of kin, and the words spoken during the presentation. Smith even had photos to show from his father’s military service last year.

The four youth in attendance requested to fold the U.S. flag, which they all got a chance to do. “I think everyone (kids, parents and others present) enjoyed it,” Smith said.

Smith has given flag etiquette presentations to students in high school and fifth grade. To one fifth grade class with 25 students, he demonstrated the proper way to lower and raise the flag from the flag pole outside of the school. That day, every student had an opportunity to properly fold the flag. Smith then left the teacher with a U.S. flag so they could practice folding.

“Let them practice and keep them involved in it,” Smith said. “You have to do what you have to do to try to get students to understand the importance of the flag, and what it took to be where we are today.”