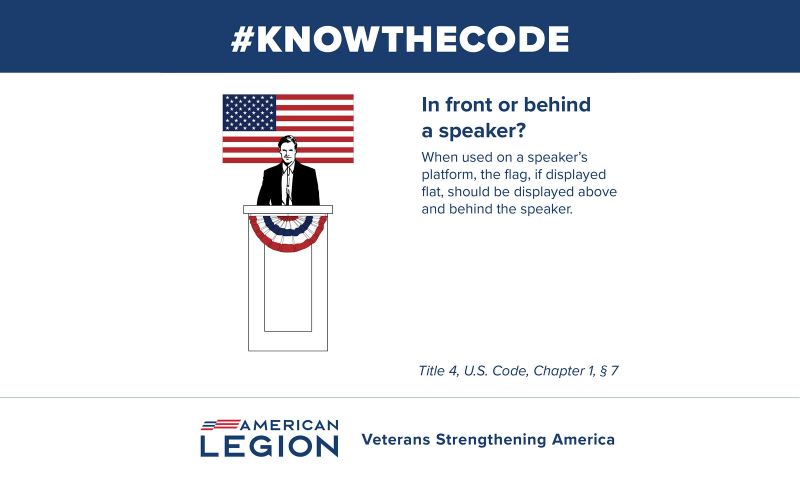 A new set of social media graphics is now available to spread awareness and education about the U.S. flag.

How does the flag fly on Memorial Day? According to the U.S. Flag Code, Title 4, Chapter 1, § 7, “On Memorial Day the flag should be displayed at half-staff until noon only, then raised to the top of the staff.”

Produced as part of the “Rally Around the Flag” campaign by the The American Legion and the Citizens Flag Alliance, this year’s portfolio breaks U.S. Flag Code into individual, downloadable graphics that can be shared on Facebook, Twitter and Instagram.

Also, the 2021 Rally Around the Flag series of social media graphics can still be downloaded and shared in the weeks heading into Flag Day, June 14. These graphics feature historical notes, fun facts and voices from history about Old Glory.

Learn more about the U.S. flag at legion.org/flag. Share your story about the flag on Legiontown.org under the heading “Rally Around the Flag.”