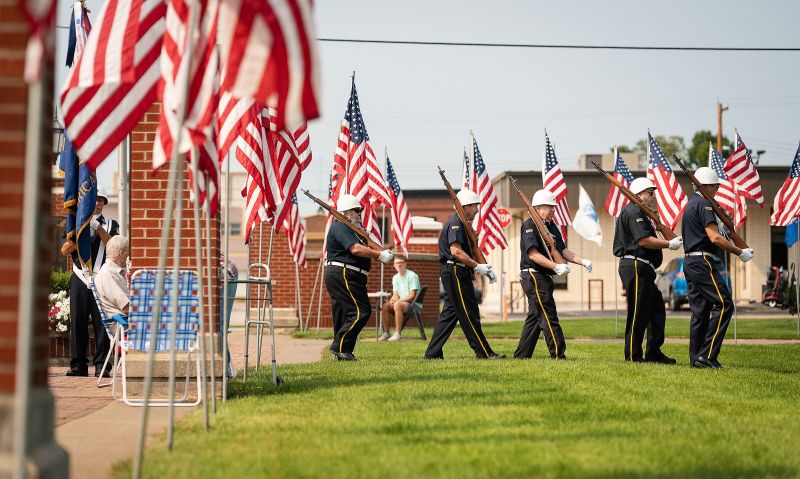 The flying of the U.S. flag at half-staff and other common flag questions were addressed by Ann Byars, youth education and civics manager for the National Americanism Division, during The American Legion’s virtual Training Tuesday session May 24.

To be notified of when the flag is to be flown at half-staff:

- Sign up for the Flag Alert e-newsletter at legion.org/newsletters for notification when the U.S. flag is to be displayed at half-staff.

- Subscribe to the Flag Alert text notifications. First, text Flag to 534466. You will receive a text asking for a valid email address for the two-step authorization. Once that is complete, you will receive the text alerts.

Flag retirement ceremonies are often held on or around Flag Day by American Legion posts, so Byars reminded listeners to drop off unserviceable flags at their local post for proper disposal. Section 8, paragraph K of the U.S. Flag Code states, “The flag, when it is in such condition that it is no longer a fitting emblem for display, should be destroyed in a dignified way, preferably by burning.”

A common question often asked about is how to display the American flag at a meeting. Left to right facing flag order should be:

Ask the flag expert a question.