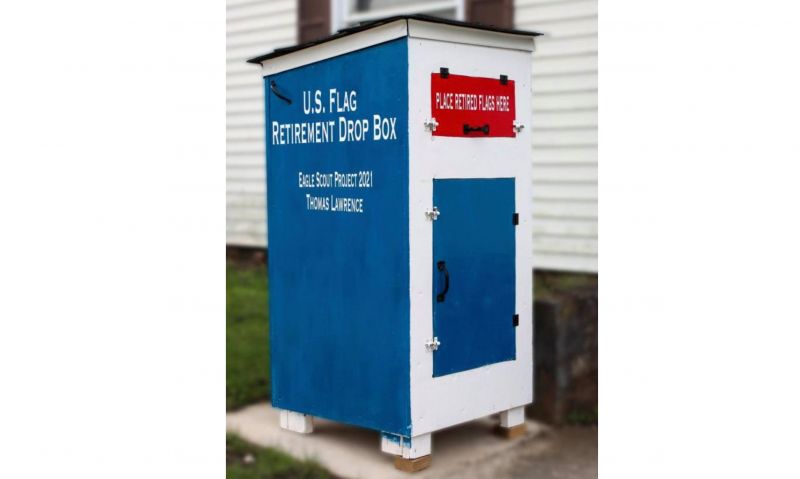 The proper way to retire a worn, tattered American flag is still not known to many. American Legion Post 567 in Albion, Pa., is bringing awareness to its community of how to properly dispose of flags by providing a place to do so – a handmade flag drop-off box. This is all thanks to Thomas Lawrence who created the flag box as his Eagle Scout project.

Lawrence presented the idea to Squadron 567 Commander Ed Wojtecki, who then asked for input from other members about the “idea to position a flag disposal box in front of the Legion building for public use. The proposal received unanimous approval,” said Christine Lorraine Morgan, Post 567 historian .

“When Ed initiated the proposal to have a flag box installed here at the Legion, we thought it was a great idea,” said Post 567 Commander Jim Vorse. “When he explained it was an Eagle Scout project, we were pleased to join forces to bring this flag processing service to Albion.”

Lawrence designed the flag box, built it in three weeks and installed it outside Post 567. The post “is located on busy Route 6N so it is very visible and easy to find,” Morgan said. “Flags which are dropped into the box are removed and disposed of properly by local Legion post officials.

“Thomas ‘feels a sense of pride’ with the flag box whenever he travels past the post and sees his creation.”