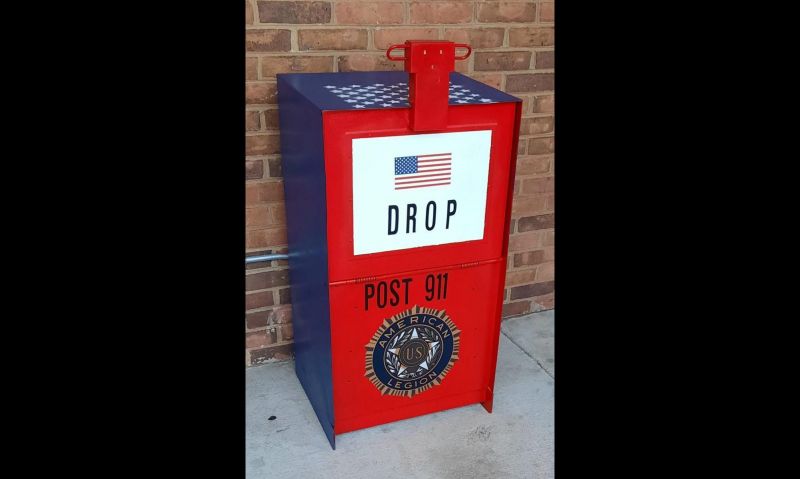 American Legion Ryan Winslow Post 911 in Hoover, Ala., now has a box where Legion Family and community members can drop off unserviceable U.S. flags. The flag drop-off box was created out of an old newspaper bin by members of D.W. Segars Post 1228 in Hueytown, wrote Patricia A. Douglas, Post 911 public affairs coordinator.

“We value our American flag,” said Post 911 Adjutant Ginger Branson to Douglas. “When it is no longer fit to be flown, we want to make sure it is properly and respectably destroyed. Anyone in the community can bring their flag to our box, and we will take care of everything.”

The box is located inside the entrance of Hoover Tactical Firearms where the post meets monthly for meetings.

“We are honored to support our brothers and sisters of Post 911 in this worthy endeavor,” said Post 1228 Commander Eric Frye. “This box is the first one to go in the community outside Hueytown.”

Download the Know Your Code graphics at legion.org/flag/resources. These graphics breaks the U.S. Flag Code into individual, downloadable graphics.

Also, the Rally Around the Flag series of social media graphics can be downloaded and shared. These graphics feature historical notes, fun facts and voices from history about Old Glory.

Learn more about the U.S. flag at legion.org/flag. Share your story about the flag on Legiontown.org under the heading “Rally Around the Flag.”