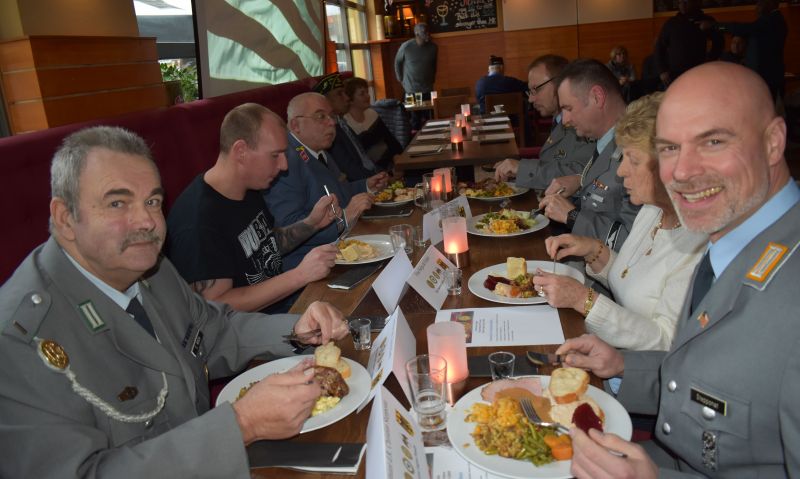 German Army reservists were among those enjoying the meal. (Photo via Santos Alvarado)

Rhein Main Post GR05, American Legion Department of France, hosted our first Thanksgiving Potluck on Nov. 28 at the Die Flying Dragon Bar. The event was held for our post members and their families.

It turned out to be a great success, with about 50 attendees from our post, German Army reserves counterparts from the SF d.R. und BA Marschgruppe, who sponsored the first annual OP Alpha March, the second lord mayor and the volunteer fire department from Walldorf, and their families. Music was provided by Damian, the Dragon’s owner.

During dinner we also signed up two new members into the Legion.

We made new friends from the city, and invited the German Army reservists to come join us at one of our meetings to see how an American Legion post conducts them.