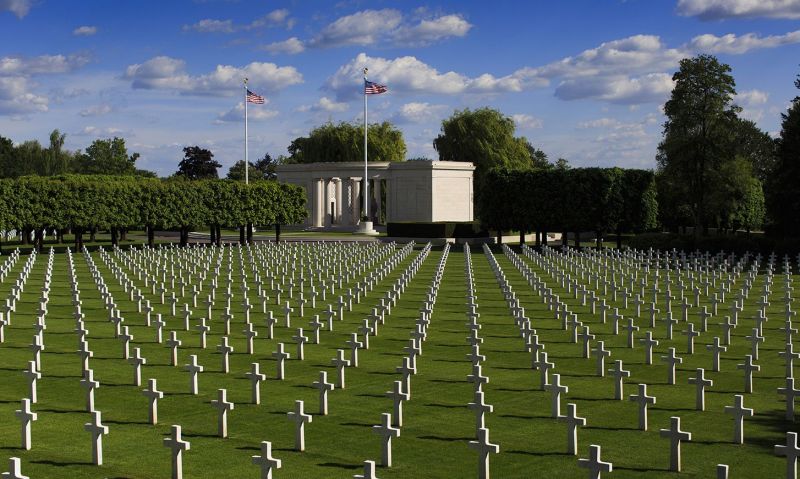 The fund was established in the 1920s, and provides all U.S. flags – from Emblem Sales, made in the USA – flown at cemeteries and burial sites in foreign countries where American troops are buried or otherwise memorialized. The first fundraising for the decoration of overseas graves took place in 1921-1922, and its current organizational plan has been in force since 1935.

Trustees use the income of the trust fund to honor, preserve and decorate the graves of those who served in the Armed Forces of the United States of America in World War I, World War II, the Korean conflict and the period of the Vietnam hostilities who lie overseas. The fund also financially aids departments and posts outside the continental United States of America to honor and decorate the individual graves of veterans laid to rest outside of American Battle Monument Commission-controlled facilities.

Dec. 31 is the request deadline for fund requests, but if funds remain submissions received after the deadline may be considered. Funds awarded are based on merit and availability as determined by the trustees.

Fund requests should be sent to the American Legion national adjutant at National Headquarters in Indianapolis. The following information is required for each request:

1. The name of the veteran.

2. The cemetery name and location (city and country) where the veteran is at rest.

3. A quote in writing (not to exceed $50) from a local florist, for flowers to decorate the grave.

4. A mailing address for Emblem Sales to mail a flag for the grave.

5. A mailing address for the American Legion national treasurer to mail the department or post the requested funds to.

6. Those who receive funds must provide the trustees a written after-action report (AAR) of their use within 60 days of disbursement, sent to the national adjutant for filing and further distribution. If the receiving party does not provide the AAR, that receiving organization will not be eligible for additional funds in succeeding years until the delinquent reports have been filed.