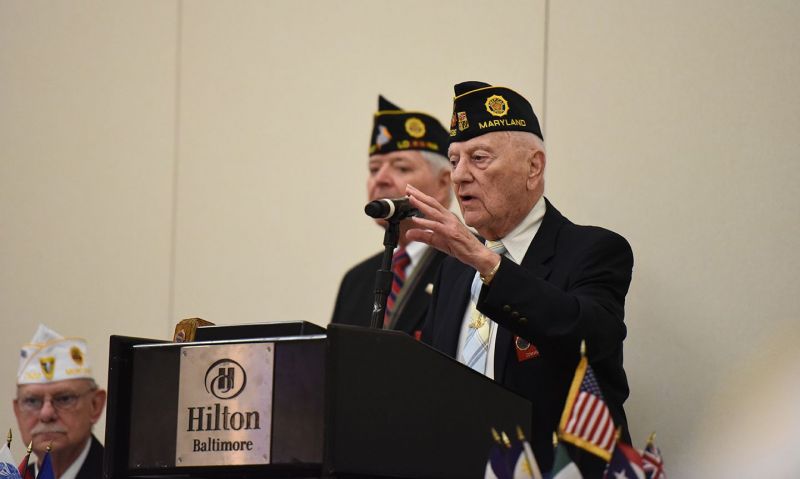 PNC Clarence Bacon speaks at the FODPAL Breakfast during the 97th American Legion National Convention in Baltimore in 2015. (Photo by Lucas Carter)

In addition to his long list of other American Legion roles – up to and including national commander – Clarence Bacon of Maryland, who died in mid-November, spent many years as a national adviser to the Foreign and Outlying Departments and Posts of The American Legion (FODPAL) organization.

According to FODPAL officer Doug Haggan, PNCs have served in that capacity since the 1950s, the same decade the organization was founded. The FODPAL posts and departments, as the name indicates, are those not in the contiguous 48 U.S. states. Bacon became involved after the 2000 death of the first adviser/representative, PNC Erle Cocke Jr. “Past National Commander Bacon was almost always present at all FODPAL meetings for the better part of 20 years,” Haggan said; he was named a president emeritus of the organization in 2009. In 2018 he was named honorary national adviser to FODPAL, and PNC Anthony Jordan stepped into the official role.