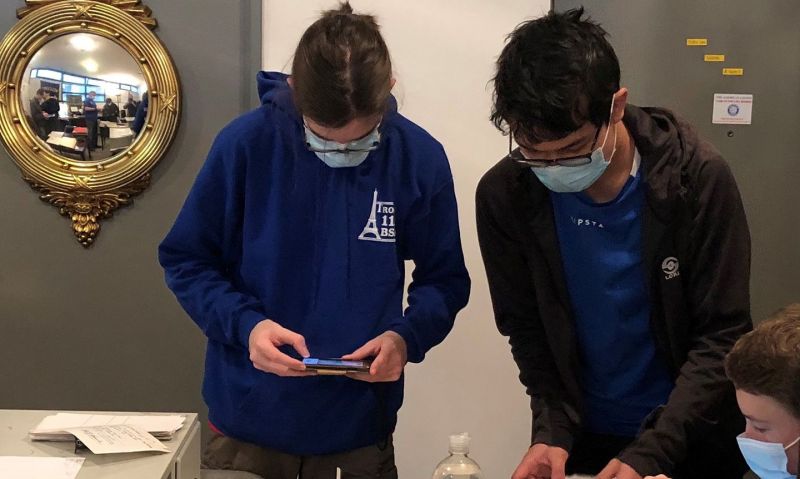 Paris, the site of the first American Legion organizational caucus in March 1919, has never since been without a Legion presence – Paris Post 1 was founded that year. One of its public functions is the celebration of The American Legion’s birthday (March 15-17, the dates of the caucus). This year's, that was to take place at 11 a.m. Paris time March 20 at the site of the American Legion Caucus plaque in the 7th Arrondissement, has been canceled due to new lockdown restrictions in France. Photos of the private commemoration will appear on the post’s Facebook page, facebook.com/ParisPost1, attended by Legion Family members.

And a new development is ensuring this past will be preserved for the future. Boy Scout Alex Ravel approached his Scoutmaster, post member Curtis Bartosik, for ideas for an Eagle Scout project. After learning of the post’s long history, Ravel decided to focus on digitizing the post’s archive with help from fellow Scouts. Between cellphones and a scanner, more than 256 Troop 112 Scout and parent hours were spent over a weekend getting a large part of the archive stored. “The archiving is going great,” Schell said. “The Scouts from the BSA troop in Paris were a huge help, and we even have received more membership applications from the event …. They were really excited to see so much history, and I think it will produce many other history projects by the discoveries made.” Post 1 aims to have its entire archive digitized by the end of the year.