The American Legion etched a permanent place in history in 1944. That year, Legionnaires ushered into law the Servicemen’s Readjustment Act – better known as the GI Bill. Since then, millions of veterans have received free or discounted higher education benefits. So effective was the GI Bill, it is often credited for spurring more than 50 years of economic prosperity across the nation. 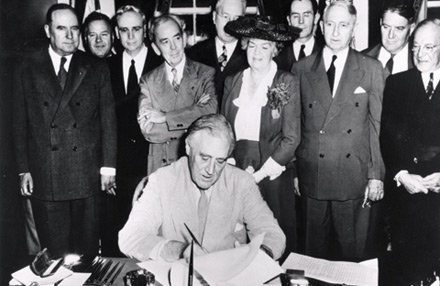 As the decades unfolded, however, the benefit fell out of pace with the changing times. The GI Bill was no longer covering fast-rising tuition costs. In some communities, it barely covered transportation cost to and from campus. National Guard and Reserve veterans were not receiving the same GI Bill benefits as those who’d served in the active-duty branches, regardless of their combat experiences in places like Iraq and Afghanistan. Nearly 25 years removed from its last major overhaul, it was no longer your grandfather’s GI Bill.

Everything changed in the summer of 2008.

The American Legion and Congress had worked together for more than three years to overhaul the federal veterans’ education benefits package, including elimination of a $1,200 “buy-in” for service personnel and extending the time span a veteran has to use the benefit after discharge.