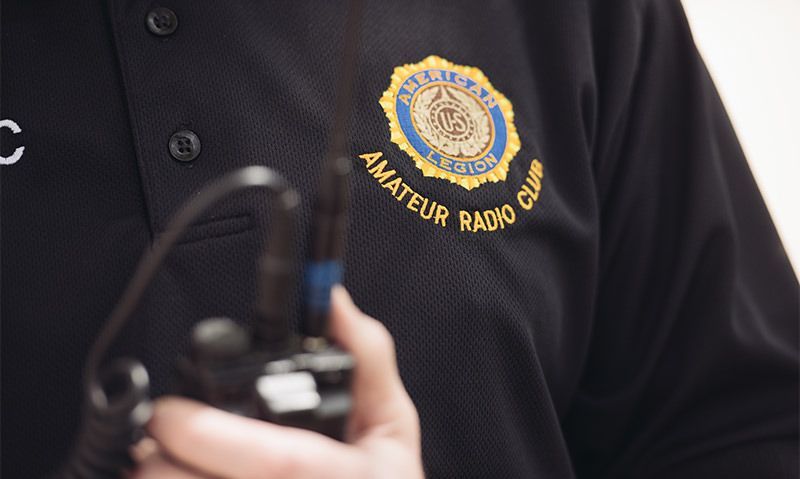 Slightly over a decade ago in early fall 2010, five licensed amateur radio operators, all employees of National Headquarters, felt there was a need and truly a place for amateur radio within the organization. Relying on guidance from Legionnaires in the California American Legion Amateur Radio Service (CALARS), the National Headquarters group developed the structure of and formal justification of need for a national program. That led to the sanction of The American Legion Amateur Radio Club (TALARC) by the National Executive Committee in May 2011.

Looking back on this, I’m reminded that the formation of TALARC/K9TAL was not intended to be a long-term function of National Headquarters, but rather a mechanism to create awareness of amateur radio within The American Legion, and as well to promote among posts and departments an avenue for community service. I believe the momentum generated by the startup of K9TAL has been the spark that has rekindled interest in amateur radio within the Legion, and proof of that is in the numbers.

About five years ago, TALARC “boasted” more than 1,100 members with 13 FCC-licensed clubs among American Legion posts. Today we count well over 4,000 members and 50 post-supported clubs – several with in-post radio stations – doing the great work of The American Legion within the framework of amateur radio. With that achievement, we need now to look more toward the posts and departments of The American Legion for widespread promotion and the continued growth of TALARC throughout the nation.

Most American Legion departments should be capable of incorporating amateur radio into their own disaster preparedness efforts and National Emergency Fund activities with only little guidance from National Headquarters. If a department is not structured to handle amateur radio as a program, know that posts can, with approval of post leadership, conduct programs that fit the capabilities of their members and the needs of their community. That would include an amateur radio club.

With the national organization moving away from a monthly newsletter and Special Event operations, here’s what’s not changing: Emails to k9tal@legion.org will remain operable. The TALARC website at legion.org/hamradio will remain fully in place. National Headquarters will continue to encourage and support monthly/weekly net operations by posting the net schedule online and providing monthly announcements to the several Net Control stations nationwide.

We at the national level are looking to the TALARC membership to keep the momentum going for amateur radio within The American Legion. As amateur radio operators we bring a lot to the table in the way of assistance in times of disaster when, as we like to say, “all else fails.” But we also have a great deal to offer – and more often do – when in support of an American Legion post and the community it serves.

Continue with the great work you are doing, establish network operations in your area or region of the country, sponsor a Special Event station to commemorate a historical happening related to your post or community. Talk to children in your local schools about being a “ham,” recruit American Legion-eligible amateur radio operators for membership in your post and form a club. Place yourself at the front of the line to volunteer your personal amateur radio skills and capabilities at the local or state level of the Legion.

Tell American Legion people in your department about ham radio by submitting your success stories to the editor of your department newsletter, and to National Headquarters via k9tal@legion.org for posting on the TALARC website under “Latest Amateur Radio News.” If you do any of these things, no matter to what degree, you will help to keep the momentum going – and for that, and on behalf of the Board of Officers of The American Legion Amateur Radio Club, I say thank you.