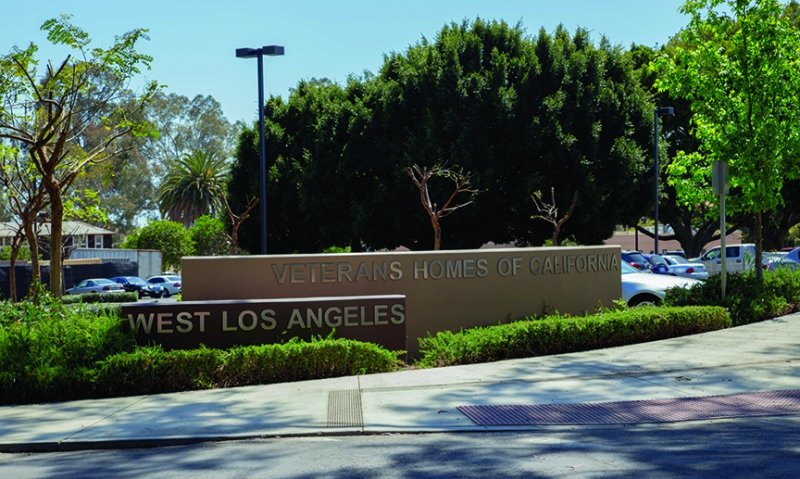 Veterans will have access to permanent supportive housing, free legal assistance, family counseling and innovative mental health treatment under a new plan for the West Los Angeles VA Medical Center campus announced Thursday. Many of the new services will be funded or staffed by UCLA under an agreement that allows its baseball stadium to remain on VA property but allows veterans to use the facility.

VA Secretary Robert McDonald and attorney Ron Olson announced the plan, which is part of last year’s legal settlement between veterans and the VA, at the West Los Angeles campus.

“It’s with the strength of our partnerships and the momentum from the last year that allows me to announce today that we have finalized the master plan for the future use of VA’s 388 acres here in LA,” McDonald said. “Veterans of Los Angeles deserve a VA campus that can be a home for those who need one or a home away from home for those who come here for their medical care.”

The American Legion, part of a coalition of seven congressionally chartered veterans service organizations that closely followed development of the conceptual plan, is guardedly upbeat about the future for the campus.

“We’re optimistic, but cautious,” said Larry Van Kuran, commander of The American Legion Department of California and co-chairman of the veteran’s coalition. “Now the VA is at a critical point. And the question is, are they going to follow through?”

Attorney Gary Blasi, one of the attorneys who represented veterans in a lawsuit challenging VA’s mismanagement of the West Los Angeles campus, is impressed by how much the master plan has improved since it was released in draft form in October. “It really is completely different and much more impressive and exciting,” Blasi said. “I think the plan – assuming the VA can pull it off – has the potential to make the campus a point of pride and a model rather than a national embarrassment.”

A transformed West Los Angeles VA campus also has the potential to significantly reduce veterans homelessness considering the Greater Los Angeles area has the highest concentration of homeless veterans in the nation. The plan unveiled Thursday calls for initially establishing 1,200 units of permanent supportive housing on the campus – with work on 490 units to begin almost immediately.

Most of the private businesses that had negotiated sweetheart leases to use campus space for everything from a hotel laundry facility to school bus storage are gone as a result of last year’s legal settlement. Other non-veteran tenants, including UCLA and the Brentwood School, are being asked to contribute significantly more in order to stay.

UCLA has paid just $60,000 a year for exclusive use of a baseball stadium built on a portion of the 387-campus by The American Legion. It will now pay $300,000 a year to use the stadium as part of the university’s new commitment to contribute about $1.5 million a year in cash for campus improvements. The university also is expected to donate $2 million in services over the next decade. This means new services including a counseling center to help veterans and their families, a legal clinic that can help veterans with benefits claims and discharge upgrades, and a Center on Excellence for Addiction and Mental Health that will treat veterans with these co-occurring disorders. UCLA will staff all of these centers.

This level of increased commitment is a start, Van Kuran said. “UCLA can bring a lot more to the table than they have been.”

Under an agreement that is still being finalized, Brentwood School will open its private athletic complex to veterans for a substantial portion of each day. The facilities also were built on acreage leased from VA.

Initial efforts to create housing will involve transforming existing buildings that have been idle or underutilized. A 62-bed transitional housing center located in what is known as building 209 can become permanent supportive housing in the near future. Nearby buildings also are earmarked for renovation, which means that as many as 490 additional housing units could be available to veterans within a couple of years, Blasi says.

Much of the work on the revised master plan was done by VA in partnership with a nonprofit established by the legal team that sued VA. The nonprofit, Vets Advocacy, Inc., paid for and provided VA with an environmental review in order to expedite housing on the campus. Vets Advocacy also retained an urban planning firm, Johnson Fain, to provide extensive technical and planning comments on the draft plan.

VA will dedicate 150 of the first 490 housing units to veterans who have suffered military sexual assault. Veterans for aging veterans and former servicemembers with the most pressing medical needs also will be a priority. Overall, the plan calls for up to 3,500 veteran housing units at the West LA campus by the end of the decade, depending upon need.

Making this happen quickly will require VA to rely on the private sector for help. “We’re trying to work with the (VA) secretary to figure out how to leverage private-public partnerships rather than relying on the highly inefficient VA contracting bureaucracy,” Blasi said. That may mean VA leases the land at no cost to nonprofit groups such as the Skid Row Housing Trust in return for the group building and operating permanent supportive housing for veterans. Congress will have to authorize a leasing arrangement that allows nonprofit groups to play a role in developing the housing.

The American Legion supports such relationships provided there are restrictions that prevent the property from being transferred to private ownership. “The VA and Congress are not going to fully fund the master plan,” Van Kuran said of the need for the relationships. “It’s a funding source, but it must be a controlled funding source.”

Such relationships also are an important reason the Legion is advocating for an oversight board comprised of knowledgeable veterans that can ensure veterans interests remain the focus at the West Los Angeles VA. “We’ve got to be the watchdog group. We can’t be subordinate to third-party groups that want to use the leases for their own purposes,” Van Kuran said.

Thursday’s announcement came on the one-year anniversary of the settlement of a lawsuit filed by veterans over misuse of the West Los Angeles campus. The land was given to the federal government in 1888 with the express purpose of housing disabled veterans. At its peak, the West Los Angeles VA was home to about 4,000 veterans as well as a post office, churches, theaters and a 10,000-volume library. VA quietly shuttered those facilities and pushed mentally disabled veterans to the streets in the 1960s and 1970s. By the time the lawsuit was filed in 2011, private businesses were leasing a substantial portion of the campus. The proceeds from those leases are missing and part of an ongoing federal investigation.

Part of the settlement reached last year required VA to develop a master plan for returning the campus to its intended mission within a year. The draft plan, released in October, drew more than a 1,000 comments, Blasi says. An earlier draft drew only 29 comments.

U.S. Rep. Jeff Miller, R-Fla., and chairman of the U.S. House Veterans Affairs Committee, visited the campus earlier this month to assess VA’s plans. Throughout the last year, The American Legion helped lead an effort to expand the number and geographic reach of public meetings about the plan in order that veterans throughout the Los Angeles area could have a say.

Veterans advocates don’t see the master plan as the finish line, however, considering it will take several years to rebuild the campus. But there is a sense of hope, even with the forthcoming presidential election and the prospect of a change at the helm of VA.

“We have a solid plan and it’s no longer a secret that the campus is there and has been a wasted resource for veterans,” said Blasi, who credits McDonald for his commitment to returning the West Los Angeles VA to its intended use. “We will still have to have people raising hell and exposing malfeasance if it occurs. We aren’t going anywhere,” Blasi added, referring to the team of attorneys who pursued this case pro bono. “And veterans groups will continue to hold the VA’s feet to the fire. “