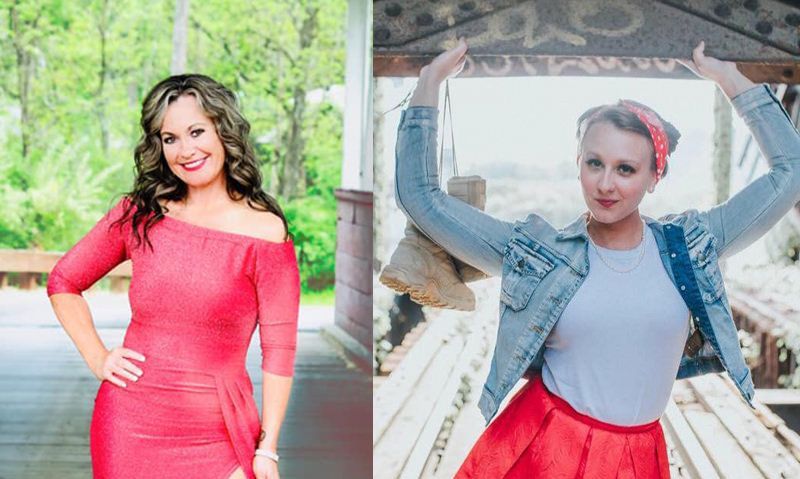 As a teen, Ashley Gorbulja-Maldonado competed in a series of pageants and competitions in Ohio that took her to more than 80 cities and allowed her to meet and mentor young women along the way. Little did she know that experience would come back to benefit her years later.

Now a Legionnaire and past commander of American Legion Post 808 on the University of Akron campus, Gorbulja-Maldonado is one of 25 finalists for the Ms. Veteran America competition. She'll head to Hollywood this fall for the Oct. 13 final, joined by fellow Legionnaire Lori McMath Varner, a member of James W. McCartney Post 232 in Dry Run, Pa.

“When I heard about Ms. Veteran America I thought ‘why not? Why not me?’” Gorbulja-Maldonado said. “I am the only one that can place limits on myself. If there’s anything I can do to help others in an advocacy platform, I’m going to do it.

“To be Ms. Veteran America is symbolic for a lot of reasons. This a competition where women from all (military) branches are represented. This is just a group of badass women … coming together for a cause – something bigger than ourselves. Us being the voice for not just homeless veterans and their children, but … women veterans across the entire country. It’s something not to be taken lightly.”

Contestants will be judged on the interview and talent portions of the competition, and must also provide documentation of their advocacy efforts from June through October.

Gorbulja-Maldonado has served in the National Guard since 2011 and will commission over to the Army reserve this fall. She took a job with the Veterans Benefits Administration in the Washington, D.C., area, where she has relocated and plans to transfer her American Legion membership to Dyer-Gunnell Post 180 in Vienna, Va.

“I take great, humbling pride (in being a Legionnaire),” said Gorbulja-Maldonado, a member of the Legion’s National Veterans Employment and Education Council. “Our organization is always looking out for the veteran, at a grass-roots level all the way up (to the national level). We are always on top of these issues. There’s such a support system and network within the Legion that’s so powerful and robust, that when we put our minds together collectively, things happen.

“I have always felt that the Legion has given me the tools for success to put in my toolbox and use to solve any problem that has occurred.”

Just being named a finalist in the Ms. Veteran American competition is a big deal for Gorbulja-Maldonado. “People have been watching me kind of grinding for years with everything that I do,” she said. “So this is a win for my community. This is a win for my network, for my family, for my friends, for my sisters-in-arms.

“I threw a rock in the pond, and my ripples are now waves. Why not keep pushing forward? Why not continue to trail blaze and set the standard and set that bar high?"

“It was very eye-opening,” said Varner, the mother of both a son and daughter serving in the Air Force. “So I applied (for Ms. Veteran America) in December, and then I found out that I was a semifinalist in January. And it really took off.

“There’s so many people I’ve met. And I’m opening doors and opportunities for people to listen about this subject.”

Varner – who also has membership in the American Legion Riders and American Legion Auxiliary, and serves on the Department of Pennsylvania’s Blood Donor Committee and newly formed women veterans committee – stresses Ms. Veteran America isn’t a pageant. “This is a competition to find the best candidate to be the national spokesperson for homeless women veterans,” she said.

Varner hails from an American Legion department, Pennsylvania, that has been at the forefront of battling the homeless veterans issue for decade. In 1988, the department established the Housing for Homeless Veterans Corporation and purchased four townhomes between the cities of Pittsburgh and Philadelphia to provide a safe, clean, stable environment for veterans while they completed schooling or job training and became self-sufficient to seek permanent housing. Today, the corporation operates six homes.

Since its inception, well over 400 veterans have gone through the department’s program with an 85 percent success rate. The Pittsburgh VA puts the Department of Pennsylvania in contact with the veterans, who have the responsibility of cooking, cleaning and doing laundry while going through the program. A veteran may reside in one of the homes for up to two years with the stipulation they attend school or find a job.

Varner said if she wins the competition, she would do her part to share the success of the Housing for Homeless Veterans Corporation. “I think there needs to be more visibility with it,” she said. “I always bring The American Legion into play in speeches because I feel it’s important, as a Legionnaire, to always let folks know the Legion is there to help.”