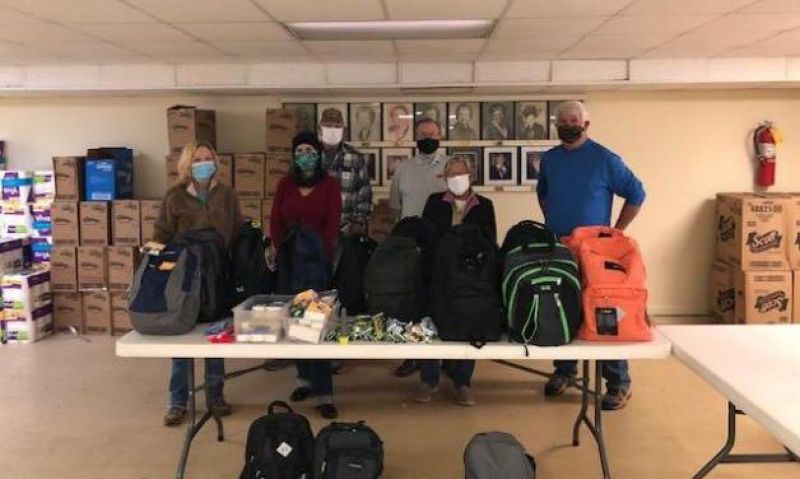 In late January, the HUD National Homeless Point in Time (PIT) Count across the state of Georgia was scheduled to begin. The PIT Count’s mission is to identify the sheltered and unsheltered homeless living across the state, including veterans.

But because of the coronavirus pandemic, Georgia’s Department of Community Affairs, which runs the homeless count, canceled this year’s PIT Count. That meant a count that hadn’t been done since 2019 may not be done again until possibly 2023.

That wasn’t going to be soon enough for Georgia Legionnaire Jim Lindenmayer, a service officer at Thomas M. Brady Post 45 in Canton and the director of the Cherokee County Homeless Veterans Program (CCHVP).

Lindenmayer – who said Cherokee County ranks second in the state for overall number of homeless residents – organized a two-county outreach effort to identify homeless veterans and assist with any needs they may have. Members of various veteran service organizations (VSOs), including Legionnaires assisted with the effort.

“We need to find out how bad the (homeless) problem is,” said Lindenmayer, a 27-year Paid-Up-For-Life Legionnaire. “We found more homeless this time out than we have the last time we went out – including around 10 homeless vets. We want to go out there and make sure our guys are taken care of.”

That effort includes what Lindenmayer said is a 96-hour intake process for each veteran that is designed to get each of them into temporary housing; get food, clothing and a job; and schedule a Department of Veterans Affairs claims review with the local Canton office of the Georgia Department of Veteran Services.

"We want to identify what they don’t have, what they need, what claims can be reactivated,” Lindenmayer said. “A lot of these folks, they gave up on the VA … being told things were going to get done and nothing ever got done. It’s important for us to find out where they’re at … get them off the street, get them housing, get them jobs. It’s getting these guys up off the ground and back into society. It’s important to us.”

The outreach effort was coordinated by the CCHVP, which was organized under American Legion Post 45 and has since expanded to work with all eight VSOs in Cherokee County. Its mission is to assist both homeless veterans and those nearing homelessness within the county with food, limited housing, clothing, benefits claims and other support.

Participating in the effort were American Legion Family members from Post 45, Legionnaires from Post 316 in Woodstock and Post 29 in Marietta, and members of other VSOs. The outreach started on a Monday morning and ended on Friday, and included searching fields, under bridges, behind local businesses, parking lots and abandoned lots in Cherokee and Pickens counties.

Lindenmayer said homeless were found in both urban and rural areas, and in every city in each county, some living in cars and one 67-year-old veteran who’d recently been evicted from his residence. “We were able to reach out to Tim Morris, director of the Cherokee County Senior Services, to obtain temporary shelter for this veteran through their program,” said Lindenmayer.

Each veteran also was given a 24-hour emergency homeless kit, some of which were put together by Legion Family members from Posts 45 and 316. The idea for the kits came from two homeless veterans, one male and one female, who shared what items are needed to provide a homeless person with food, water, basic hygiene items, clean dry socks, and emergency items such as hand warmers, flashlights and ponchos.

“There are people in the community who served their country and now found themselves homeless for reasons they may have not had any control over,” Lindenmayer said. “They want to get off the street. They want to get away from homelessness. It’s cold. They’ve got nowhere to go. They’re looking for anybody to help them that will do it. If (we) don’t help these guys, who’s going to during COVID?”