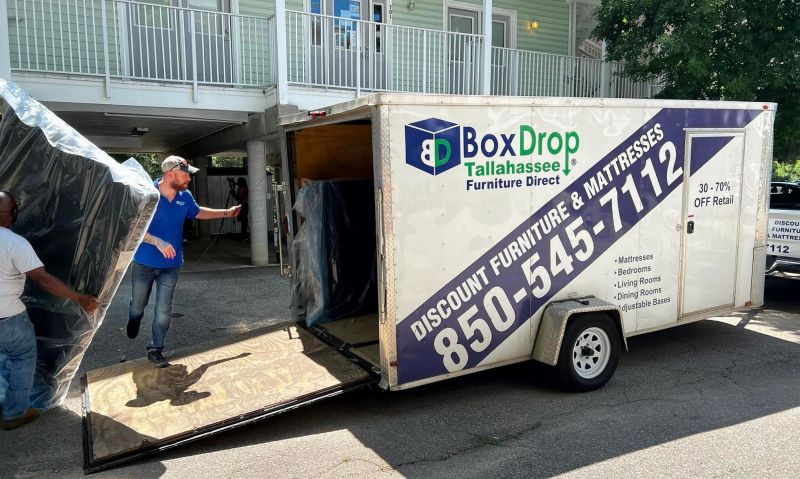 American Legion Auxiliary Sauls-Bridges Unit 13 already delivers regular support to the Tallahassee Veterans Village, which offers transitional housing and supportive services to homeless veterans to stabilize and prepare them for a life of independence.

But earlier this spring, Unit 13 Veterans Affairs & Rehabilitation Chairman Nance Nadeau wanted to do a little more for the veterans living there. So she came up with a plan to provide 10 new or newer mattresses for the residents.

That plan has taken off, to the tune of 31 new or gently used mattresses being delivered in the past two months, with the likelihood of more coming down the road. Nadeau was able to get strong support for her project from local businesses and individuals, something she said she sees regularly for the unit’s efforts.

“The community here, it’s been amazing,” Nadeau said. “We’ve also done a drive for Easter baskets for foster children. In our area we have like 600 foster children. We also ended, between two organizations, donating 216 or 217 baskets. And this was the community again coming together. I’m trying to put us out there so the community can see that we’re out to help.”

Nadeau said that when she went to Tallahassee Veterans Village staff to ask what she could do to help out more, the response was new mattresses. She was given a target number of 10 mattresses.

“I said, ‘Let me work on that,’” Nadeau said. “I reached out via email to all the local mattress companies here in town. I got a response back from two. The first one brought me, without hesitation, 10 mattresses and box springs.”

The Southern Division of Ashley Homestores provided the first 10 mattresses to Nadeau, which were delivered to the Tallahassee Veterans Village in April. But BoxDrop Tallahassee Furniture Direct also wanted to get involved and offered to stage a fundraiser so Unit 13 could buy the mattresses. Nadeau told the store she’d rather just trade out whatever money was raised for the mattresses.

On May 21 BoxDrop dedicated a portion of its sales to the purchase of the mattresses and enough was raised for six mattresses. The business then offered to stage the same kind of fundraiser on Memorial Day and again earned enough for six mattresses.

Hunt did, making it 13 mattresses. But Unit 13 still needed box springs, so Nadeau reached out to Peter Boulware Toyota, where she knows the owner and members of the staff there. Boulware offered to pay for the box springs.

And through her contacts, Nadeau was able to get the Salvation Army to donate eight either new or gently used mattresses and platforms for the mattresses, with the possibility of at least 17 more that will also be delivered to the Tallahassee Veterans Village.

“I did not think it would snowball,” Nadeau said. “I assumed I would get 10, but I didn’t think I’d get this big of a response. To me, it’s just networking with people. So I’m not surprised, but I am very thankful.”

And the veterans who received the mattresses were also thankful when they were delivered. “When I see the huge smiles on these guys’ faces, that’s all it takes,” Nadeau said. “I know where they’ve come from. I’ve sat and talked with them at length. We’re just trying to do what we can here.”