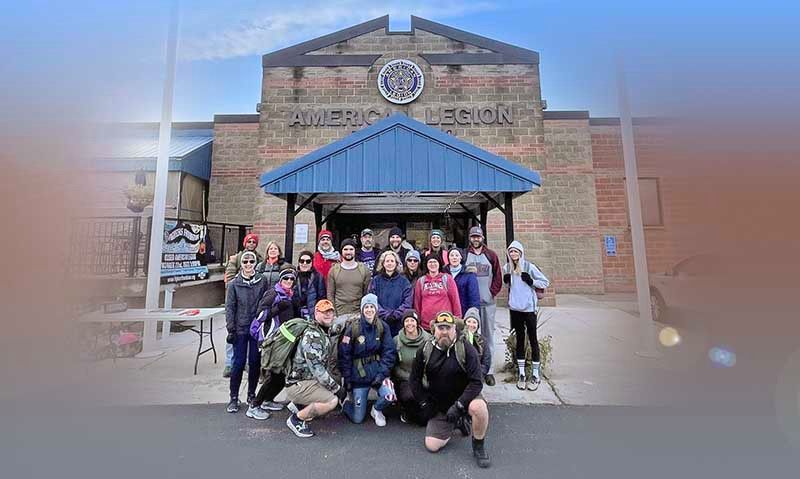 A few years ago, Minnesota Legionnaire James Hultgren was driving his son to daycare on a cold winter morning when he saw a local high school student walking on the side of the road.

“The wind chill was like negative-30, and I’m thinking, ‘What the heck?’” said Hultgren, the second commander and color guard commander at Rudolph Priebe Post 172 in Osseo, and a member of the Department of Minnesota’s Media & Communications Committee. “I dropped my son off, and then I drove back and picked up this kid because he was in flip-flops, no winter coat, and the kid was just frozen. He’d walked like four miles because he'd missed the bus.”

Hultgren found out the youth was homeless and had been sleeping on a friend’s couch. Talking with school officials, he found out more than 600 students within the school district were homeless.

“That really hit a nerve with me,” Hultgren said. “When I learned about all these kids that are couch surfing, that are in and out of hotels, they’re sleeping at the truck stop in cars, I thought, ‘Wait a minute.’

“With the Legion, we don’t want to start our own food (pantry) because these others do it so well. But we can be the jumping point to get everybody together to raise the food, funds, clothing, any items we can get to help beef up supplies.”

That led to the start of the post’s annual ruck marches. Since then, the post has a few more, “three or four,” Hultgren said, noting other organizations are invited to participate. “The basis of it is to bring the community together to do a food drive at the same time. Each year we’ve done this we get a different crowd. It’s an organic thing.”

The most recent ruck march took place Oct. 15 with more than 20 participants, each of which carried a backpack that contains non-perishable food, toiletries and warm clothing, such as socks, gloves and hats. At the end of the nearly five-mile ruck, they unloaded the contents into donation boxes to be distributed to local food pantries and other entities that assist local residents facing homelessness, food insecurity or other difficulties.

One of those entities, Community Emergency Assistance Programs (CEAP) – a non-profit agency that provides information, referrals, advocacy and assistance to community members in need – took to social media to thank Post 172. Via Twitter, CEAP said “Thank you Osseo American Legion for celebrating 50 years of neighbors helping neighbors by donating to CEAP for your ruck march! Participants hiked for 5 miles, carrying food in their rucksacks which was then donated to CEAP. What a fun way to support our community safety net!”

Those who didn’t want to ruck also were able to donate items that day at the post. Hultgren said enough items were collected this year to fill up the back of a pick-up truck. But in addition to helping others out, Hultgren said the rucks appeal to Post 172’s members’ background. “It’s the military in us that likes to do some fitness and do a ruck,” he said. “And to give some people that experience who have never done a ruck before. It’s camaraderie and builds the team. And if a person gets there and they’ve been to the (post), they see what we have … it kind of opens their eyes to a different view of the Legion.”