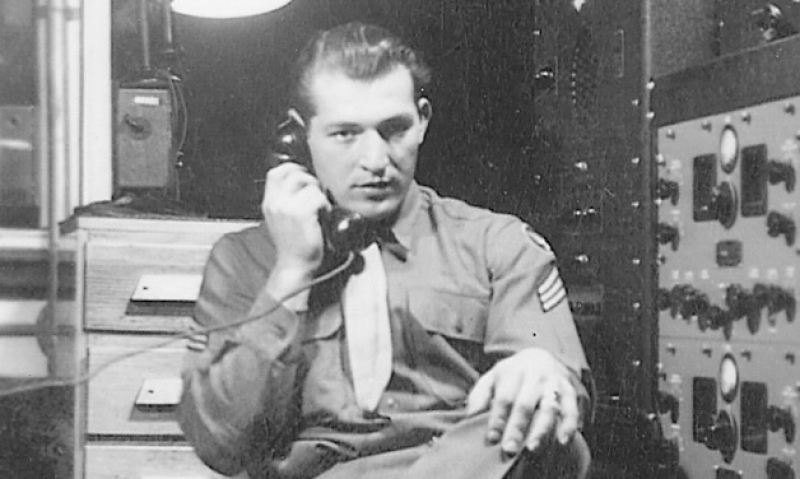 Every year, as Memorial Day approaches, my thoughts drift back to a little town in Nebraska. Other than those who live in or near this place, few ever heard of a little town named Bruning.

My first encounter (with the town) came when our group of control tower operators was assigned to (Bruning Army Air Base). Remote is an understatement. As we entered the area, we saw a small sign reading, "Bruning, population, 232." It hasn’t grown much since — in 2,010, the population was 279.

In those two and a half years of my life, Bruning and the residents of neighboring communities like Fairbury and Hebron were the most caring, compassionate and patriotic Americans I have ever met. Unfortunately, not many will realize the role this town’s Army air base played in World War II.

While my fond memories of the residents are everlasting, so, too, are the sad ones, the memories of those who lost their lives there, and those who sustained the heaviest losses of any Army Air Force group when ordered into combat.

First is the story of the 449th bomb group, the B-24 Liberators that suffered the loss of more than 70 percent of the planes and personnel on missions over the Ploesti oil fields in Romania, many of them unescorted flights. The commanding officer, Col. Darr Alkire, was as tough of a commander as any group had . He, too, was among those downed and taken prisoner, but he escaped and made his way to freedom. The story circulated that he was so tough that his German captors put him in charge of the camp. While he was tough, he was revered by his men.

There is little doubt the 449th was not ready for combat missions. I’ll always remember the words of one of the pilots I got to know, Lt. Henry Silvers. He came to the tower to tell me they were leaving. I was so surprised, that I asked, "Where the hell are you going? You guys aren’t ready yet!" He said, "You’re right, we’re not, but they need planes and men, and that’s us. We’re going and a lot of us are not coming back." He was right. Most of them didn’t, and he was among them. Lt. Silvers was singled out for the way he took his crippled plane down to avoid other planes in the formation. The pilot, co-pilot and most of the crew perished.

The base was to experience tragedy again after the 449th left. That group was followed by the 507th Fighter Group. I’ll never forget my first tower communication concerning that group. I received a radio flight plan for the arrival of ann AT-47; I wondered what in hell an AT-47 was. I didn’t have to wait long for my answer. Out of nowhere, I saw eight tiny specks headed toward my tower. The AT-47 was eight P-47’s. Before the group headed for the South Pacific, several young trainees were lost in and around the base in a variety of crashes.

The most painful, yet memorable, tragedy involved the greatest loss of personnel in a single crash in World War II. Twenty-six trainees, who had just gotten their wings, and the pilot and co-pilot of a C-47 died. The plance was headed for Pierre, S.D., for gunnery training and crashed near Naper, Neb., in August 1944. Many other young trainees lost their life in crashes on and around the base. For me, the most gruesome was seeing a young man crash to his death landing on the runway nearest the tower.

In any of my speeches or writings, I have always tried to convey the message that while these young men died in Nebraska, they are just as much the heroes as those who made it to combat duty.

For me, the word Bruning will be forever etched indelibly among my memories. What a wonderful gesture it would be if someone living in that area today could see to it that the town would create a small monument, billboard or facsimile reading, "Bruning Army Air Base, Home of the Heroic 449th Bomb Group and 507th Fighter Group of World War II."