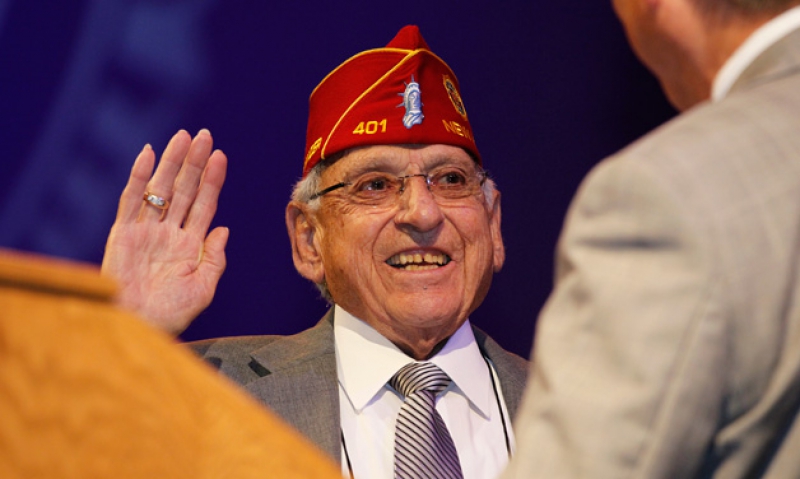 Past National Commander and longtime Department of New York Adjutant Richard M. Pedro passed away Friday, Jan. 10, at age 87. A member of Post 401 in Tioga, N.Y., Pedro joined the Legion 69 years ago after serving in the U.S. Navy.

In 2012, Pedro was named past national commander of The American Legion – only the 11th person in the history of the organization to receive such an honor without having served in the office – during the 94th American Legion National Convention. Click here to watch his installation.

Pedro also was an inductee into the New York Veterans Hall of Fame. He retired from his position as department adjutant last July.

"Richard Pedro was the backbone of The American Legion, an icon, mentor and leader held in high esteem by the many who were privileged to have been the recipient of his tutorage," said Department of New York Commander Kenneth Governor. "He set the standard to be emulated by Legionnaires and leaders everywhere."

Check back at www.legion.org in the coming days for a more in-depth piece of Pedro.