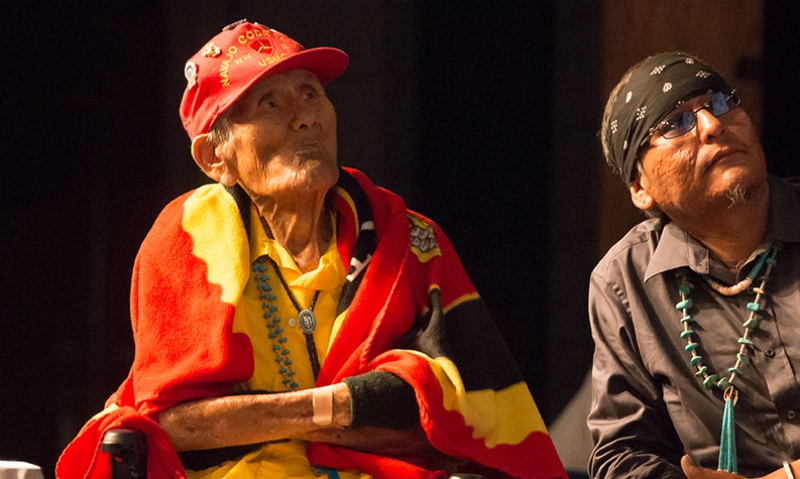 Chester Nez, the last of the 29 original Navajo Code Talkers, died Wednesday morning in Albuquerque, N.M., according to Judith Avila, the co-author of his book.

The 29 original code talkers were credited with creating a communications system that proved unbreakable during World War II and played a key role in the U.S. victory in the Pacific.

Essentially, the code used double encryption – a combination of English and Navajo. The men who designed the code used an English word to represent each letter of the English alphabet. Those words would then be translated into Navajo, where the Navajo word would represent the English letter.

For example, “A” became red ant, or in Navajo, wol-la-chee.

Nez, who retired as a Marine corporal, has said that he was proud to serve his country. In his book, “Code Talker,” he described his feeling of elation upon being selected to join the Marine Corps.

“Our abiity to stay calm in the face of pressure, to think clearly under stress, had reaped rewards,” Nez wrote. “We were Marines! It was the luckiest day of my life. I felt like I was walking in a dream.”

After helping the United States win the war, the code talkers were told not to divulge their mission – until it was declassified in 1968. It wasn’t until 2001 when the U.S. government recognized the men with the Congressional Gold Medal. At the ceremony, Nez saluted President George Bush because “he’s the commander in chief, and that’s what you do.”