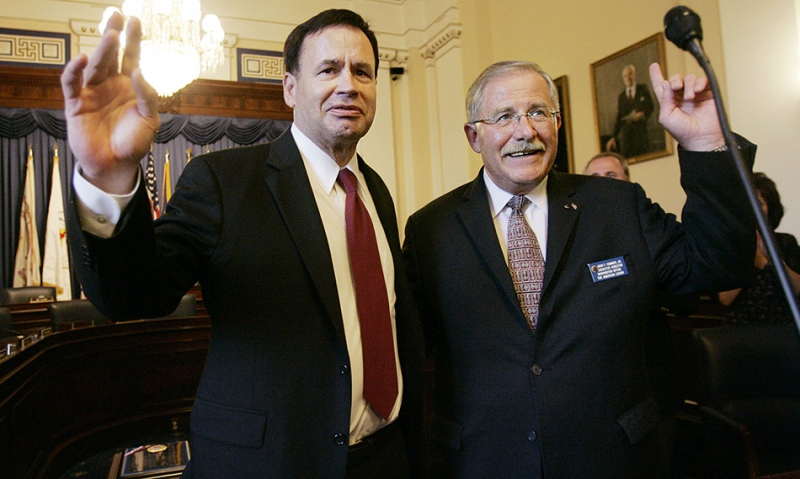 Lane Evans, a Vietnam War-era Marine and former congressman from Illinois, died Nov. 5 after a long struggle with Parkinson’s disease. He served in the U.S. House of Representatives for 24 years.

John Sommer, former executive director of The American Legion in Washington, said that Evans and the Legion “were strong allies and worked closely together in the effort to gain government recognition of the health effects of exposure to Agent Orange on Vietnam veterans. It is sad to learn of his passing.”

As a 12-term congressman, Evans was a true friend of America’s veterans who fought hard to protect their benefits. Evans pushed for legislation to help veterans exposed to the Agent Orange herbicide.

"I had the honor and pleasure of getting to know Congressman Evans personally,” Sommer said. “In addition to having the opportunity to collaborate on the issue of herbicide exposure and many other problems that Vietnam veterans were facing.

“Lane Evans was a veteran first, and he advocated for veterans in a non-partisan way. He was one of a kind and will be sincerely missed.”

At age 17, Evans joined the U.S. Marine Corps and was initially ordered to Vietnam. Because his older brother was already deployed there, his duty station was changed to Okinawa, Japan.

“His passion for high-quality care for veterans was matched only by his courage as he battled health problems while still serving in Congress later in his career," Helm said. "In 2006, The American Legion recognized Rep. Evans’ tireless support for veterans during the 88th National Convention in Salt Lake City. He was a life member of The American Legion and a friend to all who have served in uniform, and to their families.”