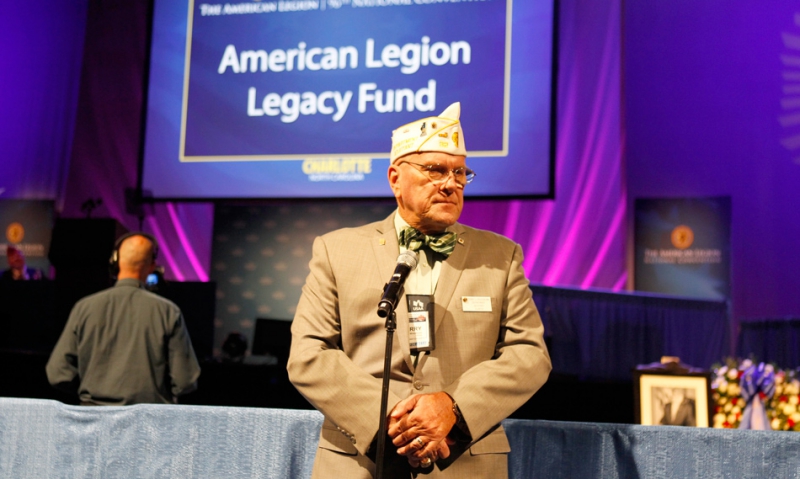 Terry Woodburn, a longtime American Legion Department of Illinois adjutant and Legion Rider, passed away June 25 after many years of dedicated service to his country and The American Legion. He was 68. A member of Post 32 in Springfield, Ill., Woodburn joined the Legion 43 years ago after serving in the U.S. Army.

Prior to serving 15 consecutive years as the state adjutant, from Jan. 2001-2015, Woodburn worked for National Headquarters from 1992-1998 as the Child Welfare Foundation's executive secretary. And as a motorcycle enthusiast, he became actively involved 10 years ago with the Legion Riders, serving as the National American Legion Riders Advisory Committee to Internal Affairs chairman and as a road captain on the Legacy Run.

“We are a small staff here in Illinois, and Terry was a key part of that staff for a long time. As a leader of the staff, he was one of those guys that got the job done. As a friend, he was always there to help,” said Past National Commander Marty Conatser of Champaign, Ill. “He was very dedicated to the Legion Riders and dedicated to the camaraderie that there is in the Riders. Terry believed in The American Legion and what we are about. He lived The American Legion.”

Terry was featured in an "I am The American Legion" profile in the January 2014 issue of American Legion Magazine. Read his story here. During the interview, Woodburn said he became involved with the Legion as a way to advocate for veterans by working with VA and reminding Congress to keep their promises to veterans. He also said that during a Legacy Run, it was an "impressive" moment to look in his motorcycle's rear view mirror and see "nothing but motorcycles and lights."

“I met Terry on a Legacy Run years ago; Terry and I were really close. It was tough (to hear of his passing),” said Bob Sussan, a Legion Rider and member of Post 177 in Fairfax, Va. “What he wanted to do after retiring as state adjutant was ride his motorcycle with his wife (Kathy). He was one of few guys who actually wore a Harley Davidson ring; he was just a real rider. A great, great guy.”

In lieu of flowers, donations may be sent to the Legacy Scholarship Fund, The American Legion, P.O. Box 1055, Indianapolis, IN 46206