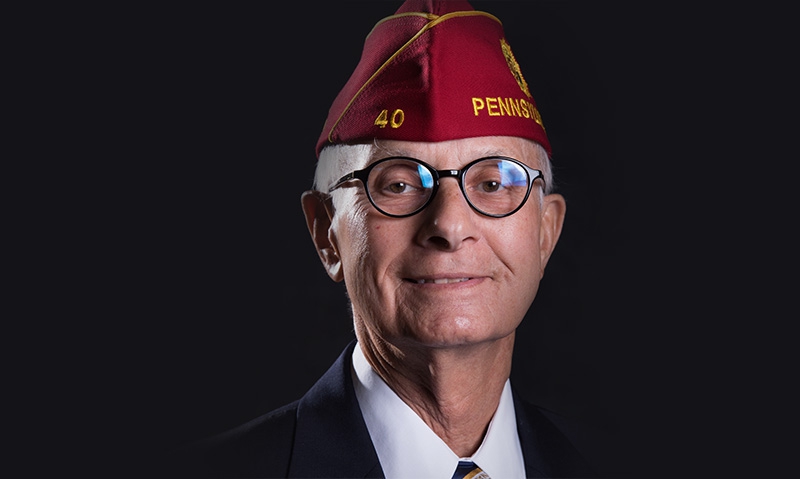 A Legion member for 55 years, Dr. Kelley was a Department of Pennsylvania chaplain and a member of the Department Religious Emphasis Committee for many years. Kelley served as a chaplain with the U.S. Navy during the Vietnam War with the 6th Fleet in the Mediterranean Sea and was a regimental chaplain at the Great Lakes Navy Training Center.

Dr. Kelley is survived by his wife, Linda, two sons and five grandchildren.

“As a Navy chaplain during the Vietnam War, Chaplain Kelley dedicated himself to delivering the message of God and Country around the world,” National Commander Dale Barnett said. “He continued a life of service as a minister in his community and as the national chaplain of The American Legion. The American Legion has lost a true friend. We extend our heartfelt sympathies to his wife, Linda, and their family.”

Past National Commander Ronald F. Conley, a fellow Pennsylvania Legionnaire, said that Kelley "always had a smile on his face and always tried to bring joy to people. When he spoke at our Legion meetings ... he wanted people to feel good about themselves."

Past National Chaplain Tierian Randy Cash will fulfill Kelley's duties during the Legion's Spring Meetings in Indianapolis and during the 2016 National Convention in Cincinnati.