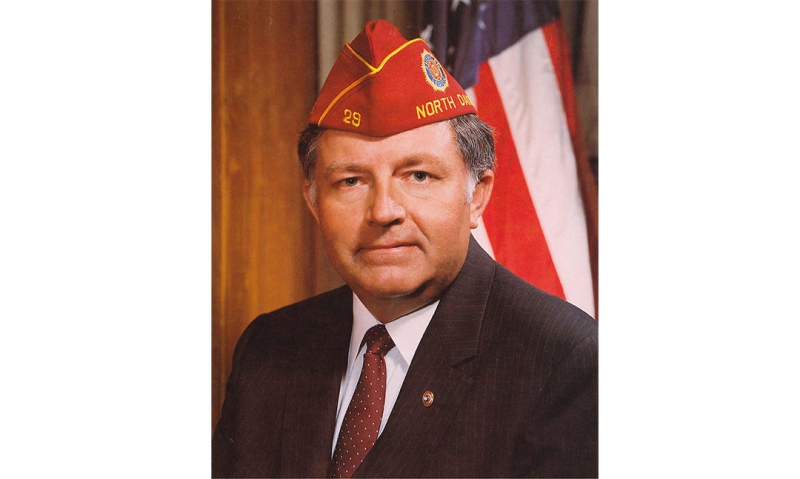 Hermand Fredrick “Sparky” Gierke became the first Vietnam-era veteran to lead The American Legion as national commander from 1988-1989. It was an elected position that “he took a lot of pride in,” said Paul Allen, a longtime friend of Gierke’s and the Legion’s past national finance director. “He was aware that he was under the spotlight being the first Vietnam-era vet to serve as national commander, and he tried to represent the Vietnam veteran the best he could. He was very highly respected.”

After his one-year term, Allen said Gierke became “a groundbreaker in the history of The American Legion for other Vietnam veterans to serve as national commander, like Miles Epling and Joe Frank.”

Gierke passed away Sunday, Aug. 7. He was 73. A 45-year member of Post 29 in Watford City, N.D., Gierke’s slogan as national commander was “Proud to be an American.”

During his tenure as national commander, Gierke was called upon to lead the initial challenges to a Supreme Court decision that ruled desecration of the American flag was an extension of free speech provisions in the first amendment of the U.S. Constitution. Curt Twete, Gierke’s aide as national commander and a longtime friend, remembers being in a hotel room in Juno, Alaska, with Gierke and the phone call he received from then national adjutant Bob Spanogle, also a past national commander, about the ruling.

“I think (Gierke’s) comments and reaction to the phone call framed the position that the Legion took trying to get a Constitutional amendment to prevent desecration of the flag,” Twete said.

Gierke served in the U.S. Army Judge Advocate General’s Corps, in which he served as a trial judge in more than 500 court martials in Vietnam. Following his military service, Gierke served as former Justice of the North Dakota Supreme Court and former Chief Judge of the U.S. Court of Appeals for the Armed Services, a nomination he received from President George H.W. Bush two years after serving as national commander.

Twete said Gierke had a “brilliant judicial mind, and one of the most intelligent individuals I’ve ever met in my life.” Twete too noted that Gierke was “a blue cap Legionnaire as national commander; he was a very committed Legionnaire that took veterans causes very seriously and was concerned about the welfare of our veterans.”

Gierke swore in Twete’s son upon his graduation from the U.S. Naval Academy, an honorable service Gierke also upheld at American Legion Boys Nation - for several years Gierke swore in the elected Boys Nation president and vice president. He even gave Boys Nation alum Michael Lang a legal internship after recognizing him from the program while on campus at Catholic University of America, where Gierke taught law.

The family has requested that in lieu of flowers, please make a memorial donation in Past National Commander “Sparky” Gierke’s name to: