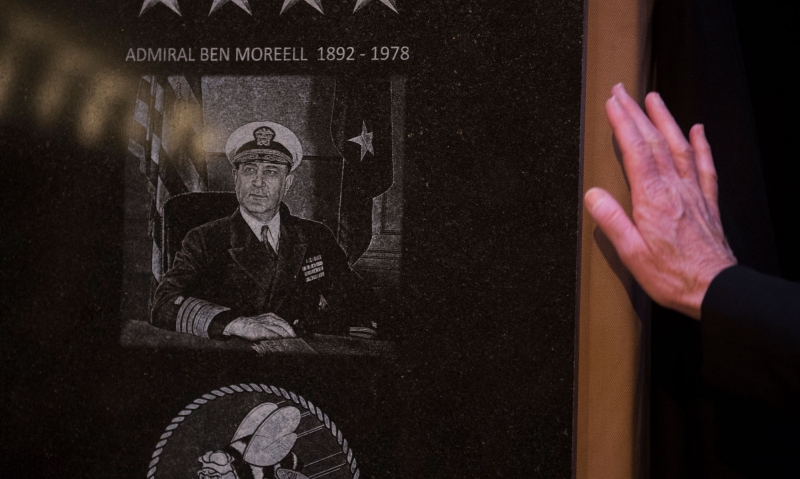 They have played a significant role in storming the beaches at Normandy, building a nuclear power plant in Antarctica and supporting the ongoing war on terrorism in Iraq and Afghanistan.

As the Seabees celebrate their 75th anniversary, much of their work toward providing national security, alleviating humanitarian crises and responding to natural disasters goes unnoticed by a large percentage of the American public.

However, “There is not a military person who’s been around the Seabees who cannot tell a story about what the Seabees did for them to make their lives better,” said Bill Hilderbrand, president of the CEC/Seabees Historical Foundation. “Anybody who has been in the military knows the value that comes with them everywhere they go.”

Hilderbrand is a retired captain who worked with the Seabees during his second tour of Vietnam and was later the commanding officer of the Seabees unit in Gulfport, Miss. The Seabees he worked with built countless barracks for the Marine Corps and Army, created aircraft protection barriers, installed security fences, put in culverts and more.

“The story of the Seabees is an amazing one,” Hilderbrand said. “Everybody thinks of the military primarily as of people fighting. The Seabees primary tool is not a gun. They are not an offensive unit. One of the things they take pride in is that when they leave a place, it is better than when they arrived. And that’s their job. They are not doing it for themselves. They are doing it for everybody else. If they go into a war zone and there is nothing there, they have to clear the jungle, or the beaches, to build runways.”

Adm. Ben Moreell conceived and received approval to start the Seabees in the wake of the Pearl Harbor attack. Their primary mission was to build bases for airfields and ports all across the ocean.

“Our leadership determined that it could not be done with civilian engineers and construction men,” said Rear Adm. Bret Muilenburg, commander of the Naval Facilities Engineering Command and Chief of Civil Engineers. “We needed people who could not only engineer, but could fight, if necessary for these projects. We armed our construction men, gave them military training, and then formed them into units called construction battalions.”

And that’s how the name arose — construction battalions, CBs for short, or the phonetic, Seabees.

The Seabees have played a role in every U.S. conflict since World War II, from getting equipment and supplies ashore during the Normandy landings to providing support during the Inchon landing during the Korean War to building and defending bridges and encampments during Vietnam and contributing to the war efforts and humanitarian missions in Iraq and Afghanistan.

“The largest base we ever built was Diego Garcia in the 1970s where for quite a number of years we built a communications base from scratch, a runway, some piers, storage facility, logistics – everything you need to run a base,” Muilenburg said. “That’s one of our proud legacies.”

In the 1950s, the Seabees launched one of the most unusual chapters in their history in Antarctica. “Called Operation Deep Freeze, the Seabees built the U.S. camp there and manned it, including building a nuclear power plant at the time,” Muilenburg said. “We are very proud of that history.”

Muilenburg pointed out how the Seabees have kept to their original mission of national defense while broadening it.

“We have an interesting role in security cooperation,” he said, noting that such humanitarian assistance has increased. “In the past year alone, we have completed joint projects with 20 other nations where we do work for local villages, often schools or medical facilities. That is all about working together, building friendships and helping local people, creating a larger security environment that benefits all of us.”

Today’s Seabees have also played vital roles in natural disasters such as Hurricane Katrina, Superstorm Sandy, earthquakes in Haiti and Pakistan, and the Indonesia tsunami. Seabees clear the roads and ensure downed wires and damaged buildings are safe, allowing first responders to fulfill their mission.

“Seabees have these kinds of skills,” Muilenburg said. “They are problem-solvers and have the equipment to make them efficient. In addition, our Seabees are forward deployed and timing is of the essence. People need help so you want to get there as fast as you can, often faster than local authorities.”

Today’s Seabees are a mix of Navy recruits and others who were engineers and builders who became Navy reserves. “When we deploy for a real-world operation, a mix is best — young, active-duty folks and more experience reserve folks. Put them together and there is nothing they can’t do.”

Just like the Seabees of World War II, the current Seabees rally around their motto, “Can do.”

When Henry Harbinson joined the Navy in 1946, he wasn’t familiar with the Seabees. But he soon embraced the Seabee way, serving in Alaska, Guam, Taipan and elsewhere. A high school dropout, Harbinson went back to school after his service and also graduated from college.

“I’ve had a number of great accomplishments in life, and I credit those to all that I learned in training in the Seabees,” he said.

Harbinson did various work with the Seabees, such as setting up hundreds of phone lines to keep bases in good communication.

“I am not afraid of any challenge because I know that I can do it,” said Harbinson, a member of The American Legion. “I think if you run into a problem, you will stick to it until you find the answer. It will be done right and you won’t have any problems done with it. That all goes back to my Seabee training.”

During their 75th anniversary, the Seabees will hold celebration events from coast to coast. On April 18, a plaque was dedicated at the Missouri History Museum in St. Louis, and will later be on permanent display at the Soldiers Museum, which will reopen in November 2018.

About 100 people, including Seabees, their families, American Legion members and senior Navy leaders, attended the plaque dedication and to honor Adm. Ben Moreell.

P.M. Kurre and his daughter, R.P. Kurre — both Seabee veterans and members of American Legion Post 158 in Jackson, Mo. — attended the dedication. “It’s really wonderful,” P.M. Kurre said. “It’s a great way to honor Admiral Moreell. He could do things that no one else could do. He was a great leader.”

Born in Salt Lake City, Moreell moved to St. Louis as a child, graduating from Washington University and working as a civil engineer in his hometown. When World War II broke out, he conceived the idea for the Seabees and received approval from Navy leadership to proceed.

“The Navy already had a big program in the Pacific to build bases in preparation if war broke out,” Hilderbrand said. “When war was declared, we had to pull those troops back out and Admiral Moreell realized that all of those bases had to be finished and a lot more had to be built.”

For 75 years, the Seabees have been building and fighting, carrying out America’s missions across the world.

“It’s something we should be proud of,” Muilenburg said. “We should honor them, remember what they did and why they did it and how they did it. The book of the Seabees hasn’t been fully written yet. For us to know how to write the next chapters, it is important for us to understand our history and how we got to where we are.”