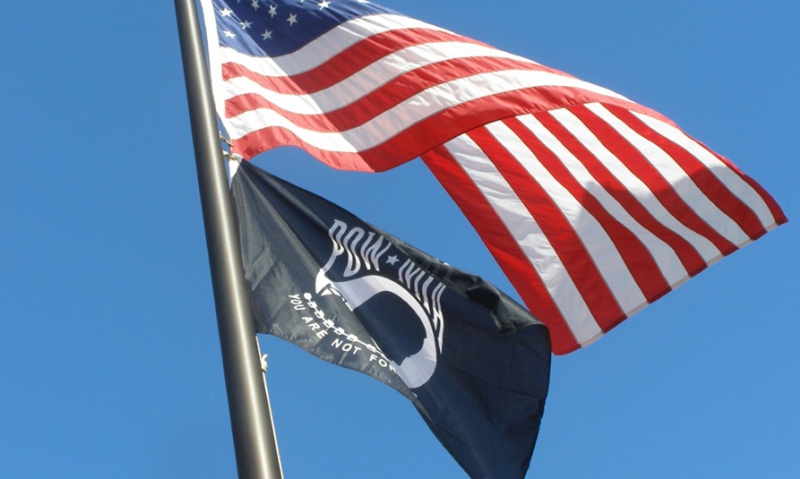 Over the course of four years, Legionnaire William “Sarge” Garlitz made what he thinks is around 15 trips back and forth from his home in Ocean City, Md., to Annapolis -- roughly 116 miles each way. The reason: to urge the Maryland General Assemby to pass legislation that would fly the POW-MIA flag above the Maryland State House and all other state buildings, with a few minors expeceptions, that fly the U.S. flag.

Recently, Garlitz saw his efforts pay off. Maryland Gov. Larry Hogan signed into law legislation that will do just what the Synepuxent Post 166 Legionnaire has been seeking for so many years.

“(The POW-MIA flag) flies over the White House six times a year, and it’s the only flag that’s ever flown over the White House other than the American flag,” said Garlitz, a former post commander and 51-year Legionnaire. “I just thought that this flag should be flown here so that Maryland wants to send a message that we’re not going to forget the unaccounted (servicemembers).”

“I told her that the message would be given out that Baltimore does not forget the POWs and (MIAs),” Garlitz said. “We got a lot of comments on it. It was flying right outside that door. It looked good.”

For years the proposed state legislation remained stuck in committee. “Once I get my teeth into something, I don’t give up,” Garlitz said.

Garlitz repeatedly testified in front of House and Senate committees wearing his Legion cap. He also worked with state legislators and praised State Sen. James Mathias Jr. and State Delegate Teresa Reilly for their efforts in gaining passage of the legislation. “(Mathias) never gave up on us,” Garlitz said. “And (Reilly) was very, very instrumental in the House.”

Finding out the legislation passed unanimously in both chambers was special for Garlitz. “”It was a feeling like … a weight off my shoulders,” Garlitz said. “It was like you won a ballgame in overtime, and you had whatever it took to make the victory work.

“It was your mind being at ease and saying ‘mission accomplished.’”