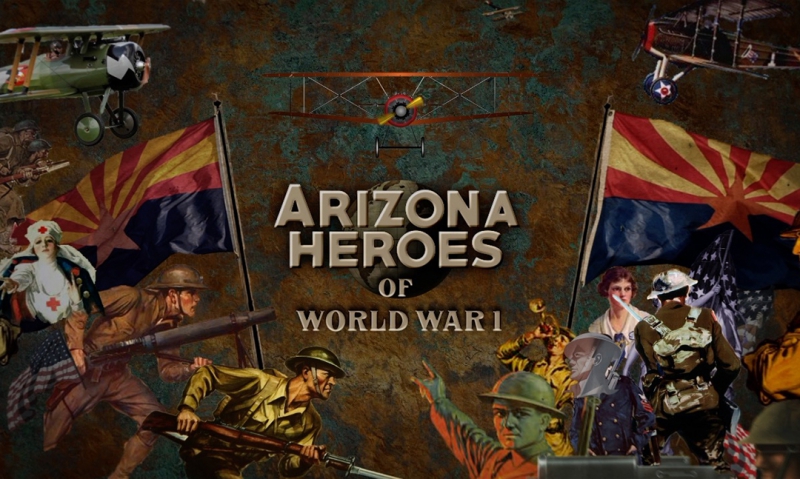 The Department of Arizona is taking advantage of the centennials of both World War I and The American Legion to put itself in front of state audiences with a message of service.

In August 2015, department membership director Steve Aguirre approached a pair of filmmakers with Legion connections – SAL member Thomas S. Perry and Legionnaire Will Williams. Perry’s father was made a life member by his post, which sent a color guard to his funeral. The Legion has been “part of my life all my life,” he says. “There’s an emotional connection.” The duo has a history of producing military-themed programming. Aguirre wondered about the possibility of a film on the Legion's centennial - which dovetailed well with a story about the anniversary of World War I.

“Arizona Heroes of World War I” is a one-hour documentary that consists of 15 chapters highlighting individual Arizona men and women who served – and sometimes died – during the Great War. They cover service branches, ethnicities, award recipients and more.

To the World War I material the duo already had, they started adding Legion historical information. They had a solid basis for the film by the middle of September, and an all-inclusive movie about six months after that. In some instances, they found connections between the Legion and subjects they already had an eye on; in other instances, they found new subjects through the Legion. A post may have been named for someone who fell overseas, or had a veteran of the war as an important founding member. “It was a natural fit,” Perry says.

The department intends to use “Arizona Heroes” as a promotional and marketing tool to expose itself to Arizona veterans and the public, according to Aguirre. What form that message takes will vary along with what form the film is in – it is designed to be a full standalone film, but the 15 chapters are also designed to be run by themselves, with a Legion message tag or PSA afterwards. This makes them perfect for social media, and can even be shown to advantage on cellphones.

The world premiere of the film is planned for the Department of Arizona’s convention in June. After that and throughout the summer, it will kick off in theatrical releases in movie houses across the state. The hope of Perry and Williams is that DVDs will be available to Arizona posts by the fall. They can then conduct fundraising premieres of their own, or distribute the film to schools and other institutions.

In the meantime, the department is reaching out to Arizona businesses for contributions to help get the film out to audiences. And Perry and Williams are considering plans for similar projects with other departments. Learn more about the film at www.arizonaheroesofww1.com.