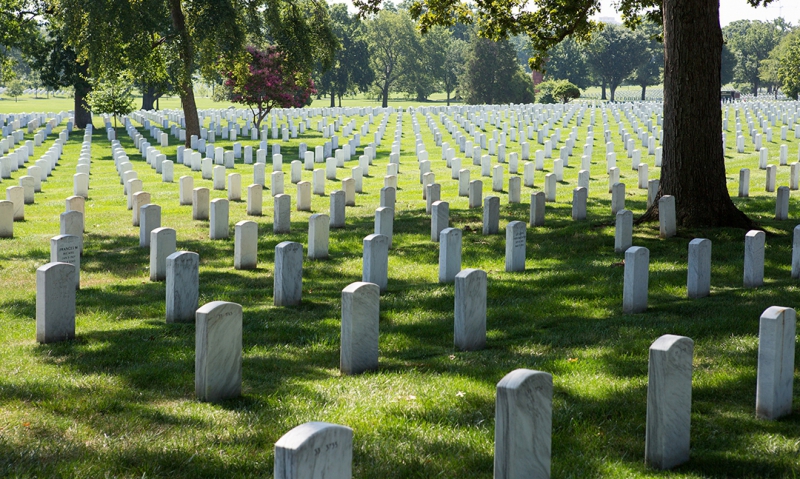 The American Legion attended a roundtable on Jan. 30 at the Sheraton Pentagon City Hotel in Arlington, Va., to discuss the future of Arlington National Cemetery’s grounds and hear the results of a survey as it relates to changes in eligibility criteria and expansion of the cemetery’s acreage.

“The issue is what do we want Arlington to be going forward – should we continue on the current path or change the eligibility policy?” asked Gerardo Avila, deputy director of The American Legion’s National Veterans Affairs and Rehabilitation Division. “If nothing is done within the next 23 years, Arlington will reach maximum burial capacity.”

The roundtable comes on the heels of a National Dialogue Survey that was launched in July 2017 by the Honor Subcommittee of the Advisory Committee on Arlington National Cemetery. About 28,000 veterans, servicemembers, military families and civilians gave their input regarding what next steps are necessary now that the cemetery is projected to reach full capacity by 2041.

“Right now, there’s approximately 20 million living veterans and about 100,000 or so burial sites left,” Avila said. “Approximately 1 percent of all veterans, from past statistics, said they want to be buried at Arlington. If you take 1 percent of that 20 million, that’s going to exceed the cemetery’s capacity."

Cemetery officials reported more than 90 percent of respondents overall felt strongly that eligibility criteria should be changed, limiting burial plots for Medal of Honor recipients and active-duty servicemembers killed in action (KIA). Roughly 74 percent believe the cemetery should be designated for prisoners of war, KIAs and other combat soldiers who were honored with valor awards.

“It’s going to be a tough decision that is probably not going to be popular with certain portions of the American population, particularly with veterans," Avila said. "Arlington is special, and I think it has to do with its history, the people who are buried there and its location next to the nation's capital. Most people would like to keep the cemetery active by conducting ceremonies and other similar events."

A 2017 report to Congress noted that keeping Arlington National Cemetery active in the future requires evaluating three key options: redefining eligibility criteria for interment and inurnment; considerations for additional expansion opportunities beyond current boundaries of the cemetery; and alternative ideas for maximizing the current space within the cemetery's geographic footprint.

In terms of maximizing burial space, cemetery officials are working on two expansion projects called the Millennium Project and the Southern Expansion Project. The Millennium Project, which is expected to open this spring, consists of 27 acres that will help prolong the life of Arlington National Cemetery into the early 2040s, according to the cemetery’s website.

While the Southern Expansion effort is projected to keep the cemetery active until the mid-2050s with an additional 37 acres of space, this option is a proposal currently pending funding and resolution of land acquisition between Arlington County and the Commonwealth of Virginia. Without the Southern Expansion effort, officials said the cemetery will reach full capacity by 2041.

“There’s really nowhere to go – you have the Pentagon and (Interstate) 395 right there,” Avila said. "There are discussions about doing away with some of the services at Joint Base Myer-Henderson Hall, meaning the (Post Exchange) PX, the commissary and maybe even some housing areas. There’s also a small plot near the Marine Corps War Memorial that could be combined with Arlington National Cemetery."

"All of these options have ramifications," Avila said. "Even with expansion efforts, it creates a lot of headache and conflict."

Avila said expansion is a difficult option to consider because of diverse perspectives, differences in matters of convenience for local residents and the urgency to make swift and proactive decisions.

"The American Legion does not have an official stance, but our members need to understand the challenges,” Avila said. “I think we should be working on a position now and at least get some initial discussions going.”

When it comes to honoring the nation’s heroes and keeping the cemetery active for generations to come, Avila said the most important thing is to provide desirable choices that honor and respect the iconic nature of Arlington National Cemetery.

“It'll be an interesting story to follow as the committee is still in the beginning stages,” he said. “They're not going to have an easy choice, but it has to happen."