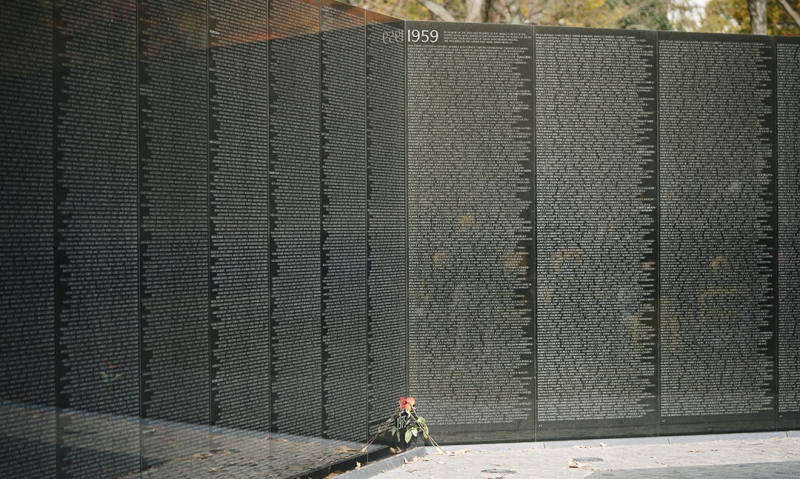 The Wall That Heals is a traveling replica of the Vietnam Veterans Memorial in Washington, D.C., that honors the more than 3 million Americans who served in the Vietnam War and bears the names of the more than 58,000 men and women who made the ultimate sacrifice. The Wall has been on display in nearly 600 communities across the nation since its unveiling on Veterans Day 1996.

For the first time in its 22-year history, visitors to The Wall That Heals will be able to do name rubbings of servicemembers' names, just like it's done on the memorial. The exhibit also includes a mobile education center inside the 53-foot trailer that carries The Wall That Heals. The education center features photos of servicemembers whose names are on The Wall, a map of Vietnam, a chronological overview of the war and more.

Several American Legion posts and Auxiliary units will host the exhibit, including Post 111 in Newton, Iowa, which hosted The Wall about six years ago.

The American Legion Riders chapter of Post 111 will escort The Wall into town, where it will be on display at Maytag Park from May 31 to June 3. Post 111 Commander Jerald Nelso said the post wanted to host the exhibit again as a way to "support the Vietnam veterans" and give those who cannot travel to D.C. an opportunity to see a replica of The Wall.

The Wall That Heals tour has one stop in South Carolina: in Camden, hosted by Post 17. The Wall will be on display at the Historic Camden Revolutionary War Site from May 3-6.

Post 17 Commander David Fuller said having The Wall in Camden is an opportunity to "thank Vietnam veterans for serving and provide healing for the wounds surviving Vietnam veterans have." He too said The Wall will be an educational tool for youth in the community, as schools in the district have tours planned.