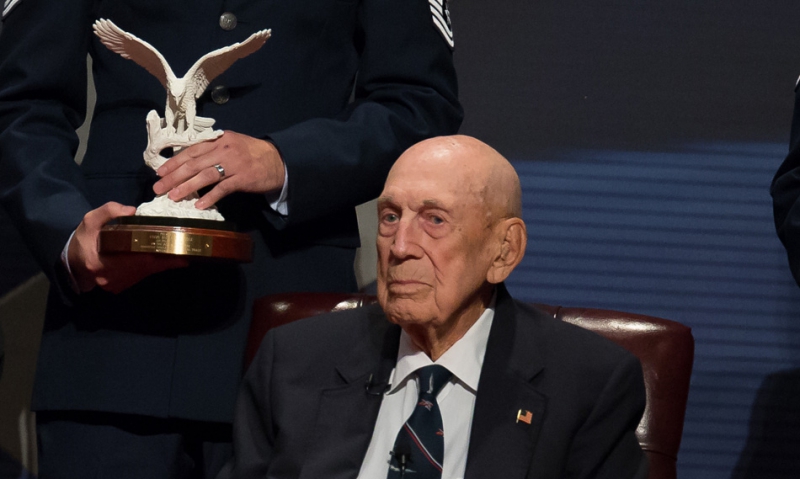 Following the attack on Pearl Harbor, the United States sought a significant military achievement against Japan. On April 18, 1942, the Doolittle Raiders demonstrated that Japan was vulnerable to America’s air power and boosted morale in the U.S. The air raid was planned and led by Lt. Col. James “Jimmy” Doolittle. Sixteen B-25 bombers, each with five men aboard, set out unescorted to bomb military targets in Japan, then land in China.

Two of the crew members were born and raised in Lincoln, Neb. Thanks to Daniel Robertson, a sophomore at the University of Nebraska at Omaha, their legacies will be remembered, according to the Lincoln Journal-Star.

The monument will honor Lincoln natives Lt. Richard O. Joyce, who piloted one of the bombers, and Cpl. Donald E. Fitzmaurice, who died during the raid. It will be dedicated Wednesday in the Veterans Memorial Garden.

“Our biggest fear as a family has been that his sacrifice would be forgotten, but knowing that you have taken the time to ensure that his legacy lives on brings tears to our eyes,” Kelly Estes, great-niece of Fitzmaurice, wrote in a letter that will be read at the ceremony.

Lt. Col. Dick Cole is the last remaining Doolittle Raider. Cole, co-pilot of Aircraft No. 1, recalled in 2013 that their mission was something that had to be done.

“We all shared the same risks and had no realization of the positive affect our efforts had on the morale of America at the time,” he told The American Legion during an interview. “We are grateful we had the opportunity to serve and are mindful that our nation benefitted from our service.”