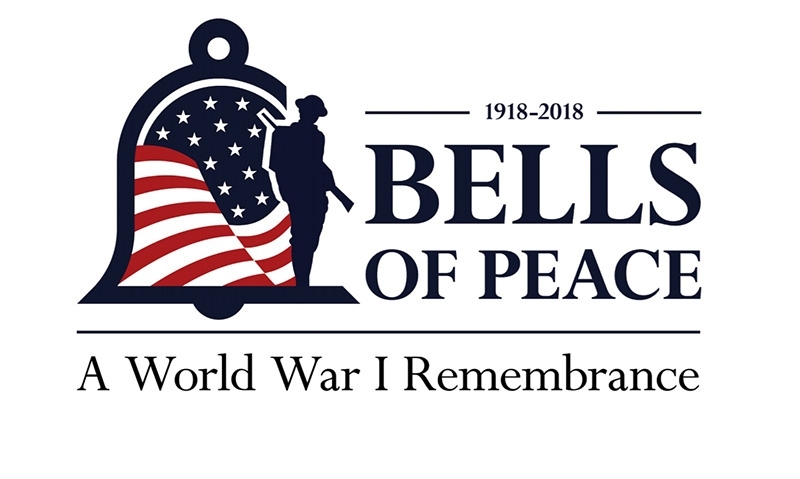 The World War One Centennial Commission – along with the Pritzker Military Museum & Library, the Society of the Honor Guard of the Tomb of the Unknown Soldier, the National Cathedral, The American Legion, and Veterans of Foreign Wars – has announced a nationwide bell-tolling on Nov. 11 as a solemn reminder of the sacrifice and service of veterans of the Great War, and all veterans.

“Bells of Peace: A World War One Remembrance” encourages citizens and organizations across the nation to toll bells in their communities 21 times at 11 a.m. local time on Nov. 11.

In Washington, D.C., bells will toll in the National Cathedral at an interfaith service, marking the centennial of the armistice that brought an end to hostilities in what Americans fervently hoped had been “the war to end all wars.”

"I encourage American Legion posts to not only participate, but to encourage participation at local houses of worship, schools, town halls, firehouses, police stations -- anywhere people may gather on that day to honor and remember," says John Monahan, the Legion's representative on the World War One Centennial Commission.

The nationwide program is designed to honor American men and women who served 100 years ago during World War I, especially the 116,516 who died. The war ended by an armistice agreement between the warring countries at 11 a.m. on Nov. 11, 1918.

Program director Betsy Anderson calls Bells of Peace a “grassroots effort, but within communities ... What we’re hoping is for people to see this and say, ‘Oh, we have a bell, we could toll it. What else can we do to recognize those veterans who served in World War I?”

The World War One Centennial Commission has a page on its website – ww1cc.org/bells – where people can find information and tools to conduct the bell tolling, and to meaningfully commemorate the service of their local World War I veterans.

“There are a variety of ways people can do this,” Anderson says. “The bottom line is we want everybody to have a chance to participate in the commemoration.”

World War I took place between July 1914 and November 1918, and is among the deadliest conflicts in world history. The United States officially entered the war on April 6, 1917. Some 4.7 million Americans stepped forward to serve in uniform, of whom 2 million were deployed overseas to fight.

Individuals and organizations can sign up online to participate in the bell tolling, and follow up after Nov. 11 with photos and video of their service or ceremony. Posts will be added to the commission’s permanent archive.

“I think it’s a really good opportunity to put our veterans’ service in some historical context, and to remind people that it’s important to recognize and commemorate the service and sacrifice of all veterans,” Anderson says.

Congress established the U.S. World War One Centennial Commission in 2013 to provide education programs, public outreach and commemorative events regarding U.S. involvement in the war. The commission is authorized to create a new national memorial in Washington, D.C., to honor the men and women who served. Information on the new National World War I Memorial can be found here.